Bob Freking is back with yet another Samsung Galaxy S 3 design, this time one that focuses more on the TouchWiz 5.0 interface and some interesting specs. As you may already know, there’s been a leak out there, of a phone that is supposed to be either the Galaxy S II Plus or the Galaxy S 3. Well, that leak involved a handset with capacitive Android 4.0 buttons and what looks like a new TouchWiz. 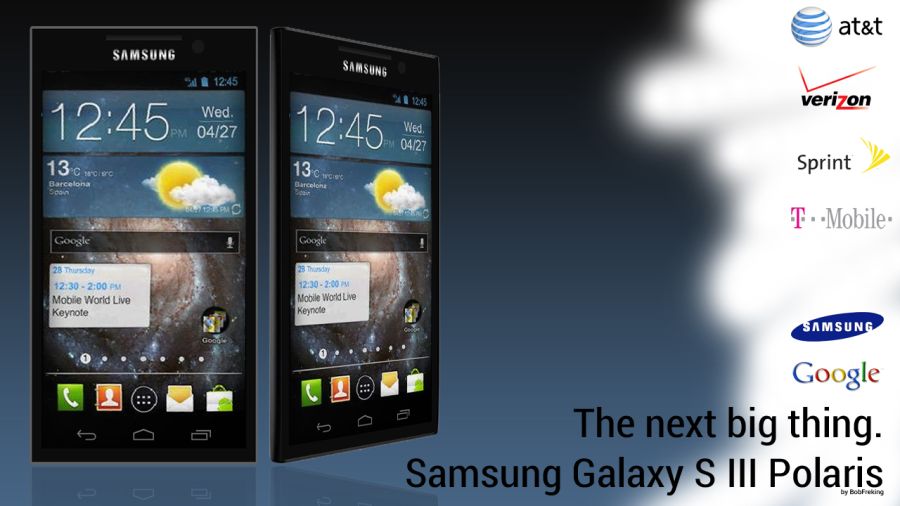 The designer used the leak as inspiration and created the Galaxy S 3 Polaris, that features a 1.4 GHZ quad core Exynos processor and a 4.5 inch Super AMOLED Plus HD display. There’s also a 12 megapixel camera at the back with LED flash and video capture resolution higher than 1080p. The device measures 7mm in thickness, according to the latest rumors that appeared on the web oday, although Bob Freking sees this as a 7.1mm smartphone, equal in waistline with the Motorola Droid RAZR.

There’s also 2GB of RAM on board and maybe 16/32/64GB of internal memory. To be honest this render looks very much like the one leaked by Eldar Murtazin here… What do you think was changed?