Samsung Galaxy A13 First Renders Are In; Budget Phone Gets Specced Too 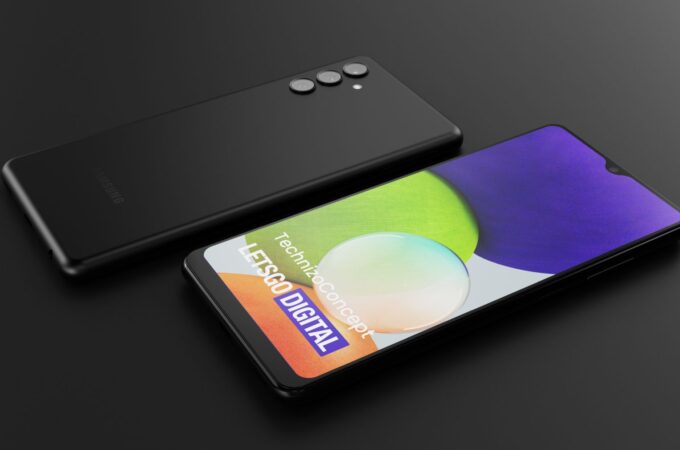 Samsung has been setting record after record when it comes to cheaper 5G phones. Galaxy A42 5G was cheap, A32 5G was cheaper and then came A22 5G. Now we’re waiting for the Galaxy A13 5G to set a new record for the cheapest device. We now get to see renders of the device, courtesy of Letsgodigital.

This budget model is expected to drop towards the end of the year, as one of the first 2022 models. It was rendered by Technizo Concept and published by Letsgodigital. The design is obviously not fancy, since we’re dealing with a sub $200 phone, maybe closer to $150. There’s the good old teardrop notch, or better said Infinity-V. There’s a basic triple back camera without a camera island and a big bottom chin/bezel for the screen.

The body is made of plastic and sources say that there’s an 8 megapixel selfie camera for video calls. The 60 Hz refresh rate is maintained on a 6.48 inch LCD panel, also with a jump from the HD+ and FHD+ resolution. If you want 90 Hz, you can find that on the Galaxy A22. Samsung Galaxy A13 packs a 50 megapixel camera, which is something we’ve been seeing on cheaper phones like the Realme 8i and Redmi 10 lately.

Other than that there’s a 5 MP ultrawide camera and a 2 MP Bokeh shooter. Somehow 4K video capture is also here. The CPU is going to be a modest MediaTek Dimensity 700 and we also get 4 GB of RAM and 64 GB of storage. 6 GB of RAM and 128 GB of storage are also here. Expect Android 11 and One UI 3.0 on the mix. A large 5000 mAh battery will offer 25W fast charging, which is apparently the charging speed of the S22 series as well.

Samsung Galaxy A13 5G will be available in black, white, blue and red.

About Kelvin
Passionate about design, especially smartphones, gadgets and tablets. Blogging on this site since 2008 and discovering prototypes and trends before bigshot companies sometimes
How to Pre-Order iPhone 13 before Launch: Tips and Tricks to get it First   Netflix launches new mobile gaming platform