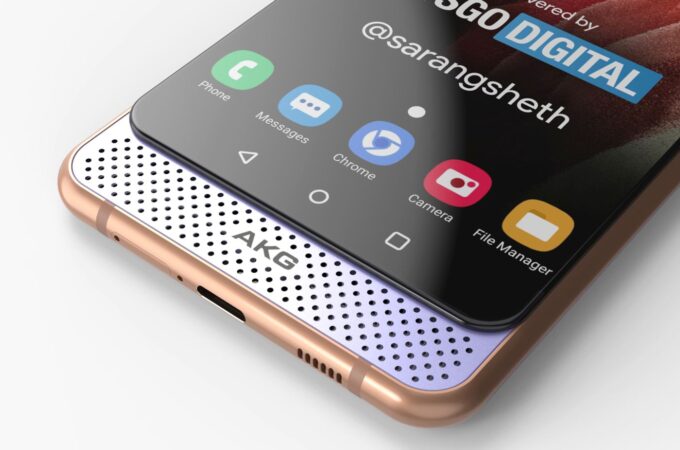 The idea of a dual slider phone hasn’t been cool ever since the Nokia sliders of 15 years ago, but Samsung is trying to make it cool again. Apparently they patented such a smartphone, which houses a selfie camera hidden upfront and a big speaker in the sliding part at the bottom.

The device is tentatively dubbed Samsung Galaxy A82 by the folks of Letsgodigital, who turned the freshly uncovered patent into a render (or more). The Galaxy A80 was pretty experimental back in 2019, with a sliding and rotating camera, but it never got a follow-up in 2020. A Galaxy A82 5G dual slider might just happen, if Samsung is feeling brave enough. The South Korean company has already applied for a patent for a dual slider smartphone, with a top sliding part that reveals a camera and a bottom one that reveals a rather large AKG tuned speaker.

It was filed back in mid 2020 at the USPTO and now it has been turned into good looking renders, courtesy of Yanko Design editor in chief Sarang Sheth. The main problem I have with this design is that it also hides the main triple back camera, so you can’t use it unless you slide the top part. The color choice of a rose gold frame and Violet areas reminds me of the Galaxy S21 Violet model. Also, the frame is very rounded by today’s standards. The back camera has a laser AF mechanism, by the way.

Samsung can freely use AKG for the bottom speaker, afer having bought Harman back in 2017. We’ve seen Harman tech also appearing on the Xiaomi Mi 11 by the way. A dual slider may look cool, but it also makes you choose between listening to music or talking pictures, which is weird. It also takes space in the phone’s body, greatly increasing its thickness. The speaker part actually reminds me of the HTC 7 Surround, which also revealed a sliding part speaker for improved acoustics.

When will obsession with hiding the selfie camera end?