Samsung Galaxy Fold 2 Concept Seems Like More of the Same 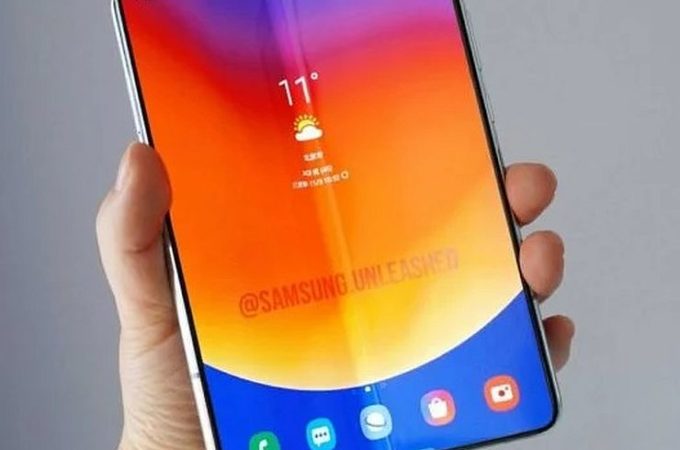 If you’ve been following tech websites over the past week or two, you may have noticed a pattern and trend. Many companies are coming out with patents for devices that look like the Motorola RAZR 2019. I’m talking about vertical clamshells that fold in two. Samsung did, Xiaomi and Huawei too. Now we have a new render for the Galaxy Fold 2, that strays from the trend.

The creation of Samsung Unleashed, who posted it on Instagram, this Galaxy Fold 2 feels like more of the same, compared to the first one. It does however have thinner bezels and a different way of integrating the front camera. Instead of a notch, there’s now a cutout for two cams, much like the Galaxy S10 5G one, since it’s wider than the one on the Galaxy S10+. I also have a feeling that this device is a bit narrower than the predecessor.

We can’t help but wonder what the Fold 2 looks on the outside, since the inside sports two screens that close up like a book. I imagine that on one side we’re going to get a small second screen and on the other a quad or triple camera. Galaxy Fold 2 is also rumored to use ultra thin tempered glass for screen protection. The source even mentions an under display camera at some point… To be honest, I’d prefer the Moto RAZR clone, since it would be a bit of a breath of fresh air, even though we’re going to see a lot of this format.

About Kelvin
Passionate about design, especially smartphones, gadgets and tablets. Blogging on this site since 2008 and discovering prototypes and trends before bigshot companies sometimes
AirPods Pro 2 Concept Gets Its Own Screen (Video)   Samsung Galaxy S10 Lite Has Some Official Looking Images Available