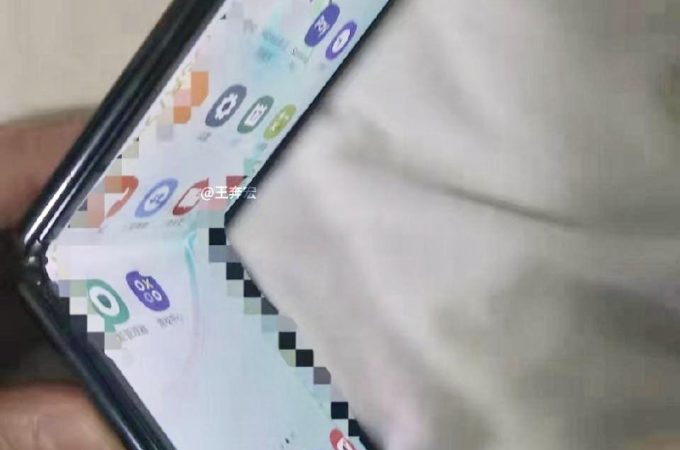 Slow news day? Leave it to Ben Geskin to provide the biggest leak a Samsung phone has seen this year. I’m talking about the Samsung Galaxy Fold 2 of course, which just appeared online, in hands on photos, no less than 5 of them. It seems to indeed look quite a bit like the Motorola RAZR 2019.

First of all, the device has wider bezels than expected and seems a tad larger than the Moto RAZR 2019. It also seems to show the crease/fold in the middle of the screen, unlike the Moto unit. Another extra is the punch hole selfie camera at the top, as opposed to the ugly notch on the Moto. Finally, I see a dual back camera and also a very discrete and smaller external screen. When opened up this seems like just another generic Galaxy A model, like the Galaxy A71 let’s say.

It’s also very long, with an aspect of 21:9 or 20: 9 probably and seems beefier than the RAZR 2029. I’m definitely not a fan of those huge edges and I find the Galaxy Fold 2 to be bulky. I’m also very curious about pricing, having heard something like $850 thrown around, which would be excellent if true. It would be the first foldable phone from a big brand which people can actually afford. The problem is that with such a price also come sacrifices.

You may end up with a MediaTek CPU inside, a Snapdragon 675 or Snapdragon 7xx model. I feel that this is a mere prototype and the real deal may end up looking sexier. So far, bonus points for not being as much of a fingerprint magnet on the outside as the Moto RAZR 2019.