Samsung Galaxy King Has the Shape of a Cool Rock Guitar

Shahin Jazirian has sent us a new Samsung Galaxy concept called Samsung Galaxy King, that’s pictured below. It has a pretty unusual shape, that reminds me of some cool rock guitars, with those sharp corners. The device is shown to us in black and white and it’s got a sloped upper and lower side, with a sharp corner on each diagonal. 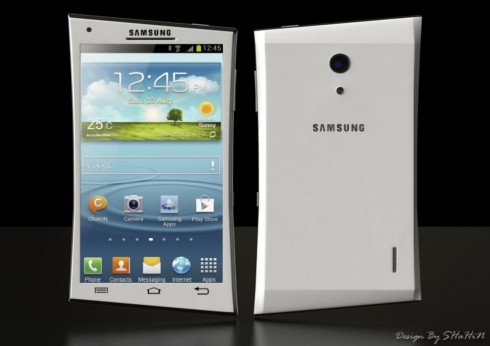 I’m not sure how comfortable such a smartphone would be to hold, but what’s sure is that the specs are pretty nice. Samsung Galaxy King comes with a 5 inch 1080p display, a Super AMOLED one, 64 GB of storage, 2 GB of RAM and an Exynos 5450 quad core Cortex A15 processor and a 13 megapixel camera. There’s also the S Voice system available on board, plus active noise cancellation with dedicated microphone. We get TV out via MHL as usual, plus Swype input and Android 5.0, that in this case gets codenamed Double Burger for some reason.

Touchwiz applied to the OS is still here and if you ask me, I’d prefer the Android keys at the bottom to be virtual, rather than capacitive ones. The black version of the handset makes me think of carbon fiber for some reason, so maybe it uses such a material, or maybe not… who knows, actually? What do you think of this concept phone?