Samsung Galaxy Note 10 is at it again, leaking and getting rendered like there’s no tomorrow. And that’s in spite of the fact we’re quite a few months away from debut and there have been no signs of actual specs. Techconfigurations was on the case this time, rendering the device and also speccing it. 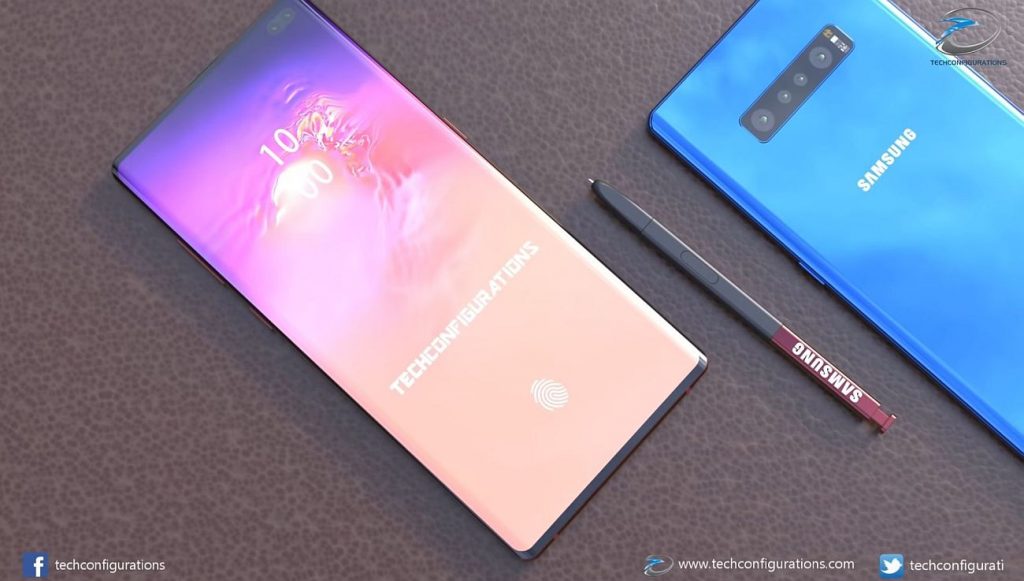 It’s obvious that the Galaxy Note 10 is going to be inspired by the Samsung Galaxy S10 and it’s going to pack a similar camera array, or at least similar to the Galaxy S10 5G. It’s going to be more rectangular, angular and massive and the phone is going to reach a 6.5 inch diagonal on a Quad HD Dynamic AMOLED panel. I expect even a 4K resolution, even though the source is not very clear on that. 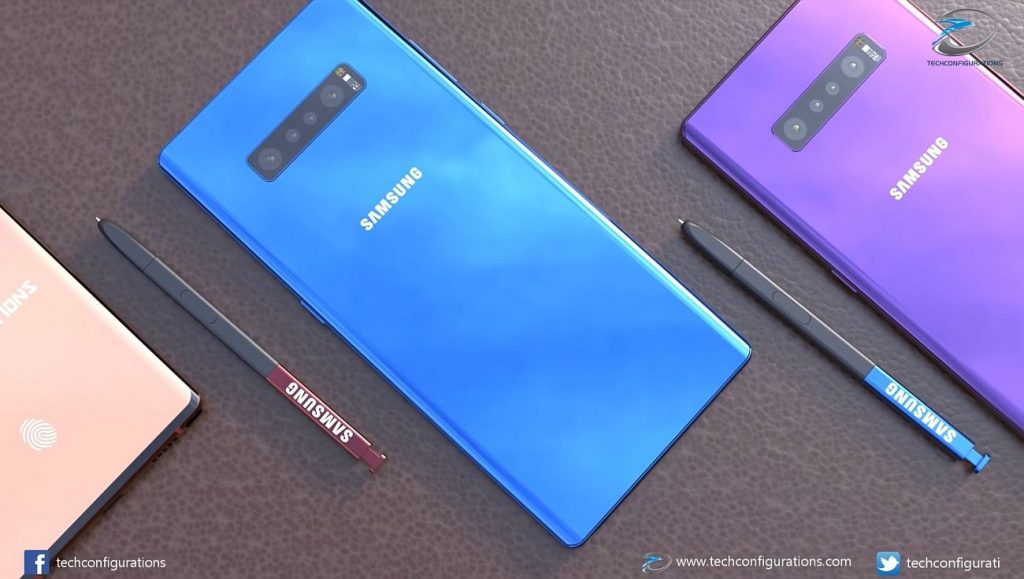 I would definitely love a stylus upgrade, but I don’t think that’s in the cards. It’ll probably get even more remote control features, maybe also a Bluetooth headset role. The Galaxy Note 10 come with a dual front camera, cut within the screen panel and hosting a 10 MP and 8 MP sensor. There’s also a quad back camera, that includes a main shooter, an ultra wide angle camera, a telephoto camera and a Time of Flight camera.

They’re obviously placed within a rectangular module, similar to the S10 one. The bezels are narrower this time and the fingerprint scanner is embedded in the screen. A 5G version is also to be expected. One thing that the Notes lacked for the past years was ease of use and grip, being very wide and massive. A narrow and long approach could be the way to go. 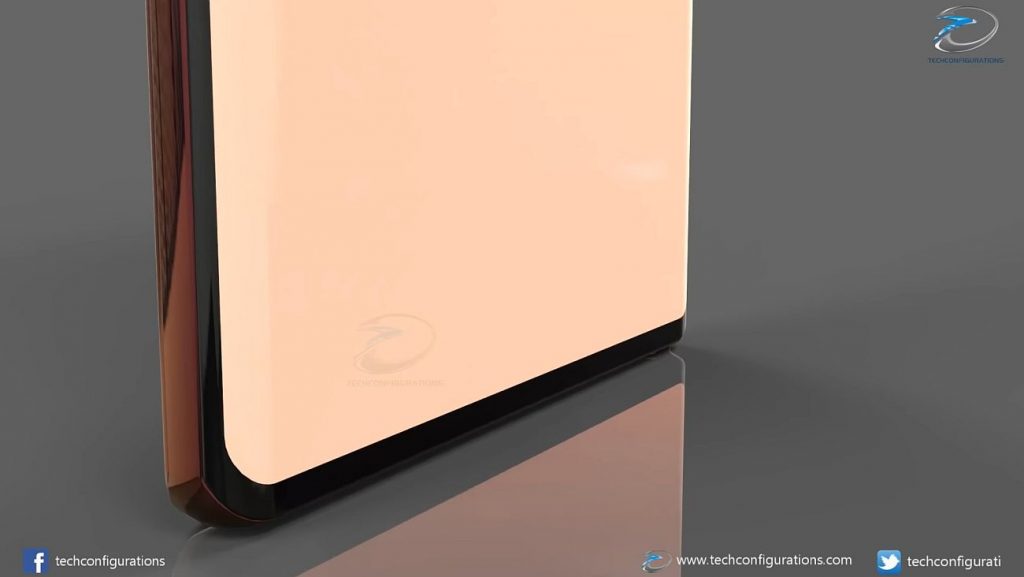 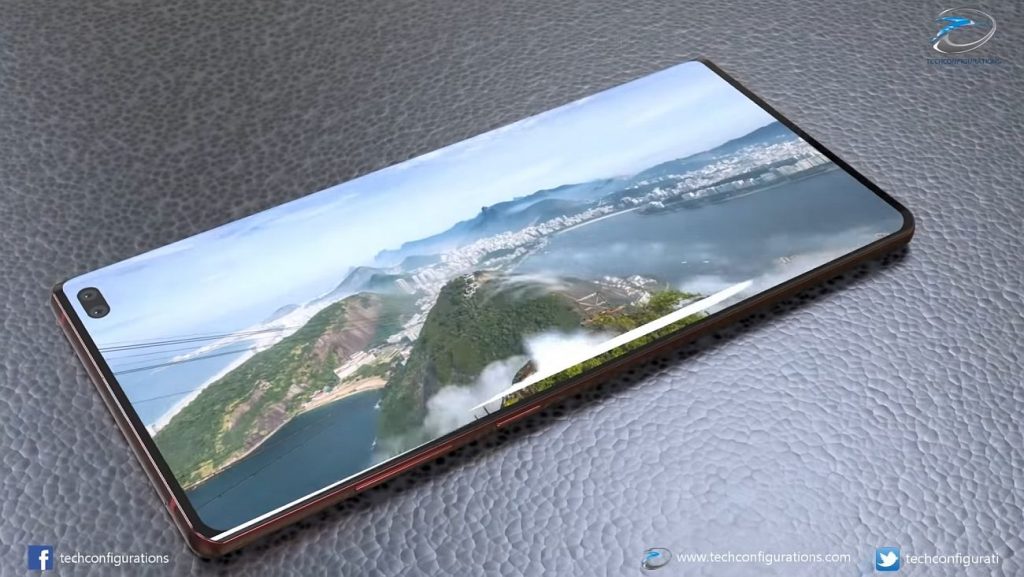