Samsung Galaxy Note 2 6.3 Inch Mockup is Even Bigger Than We Hoped

Straight from “uva7 dance” comes an email with a brand new Samsung Galaxy Note 2 mockup, this time a huge phablet, one that even passes the 6 inch mark. He’s the same guy who did the Galaxy Note III concept and the design is pretty similar. This time we get a device with a 6.3 inch display, even bigger than the one made by the same designer before. 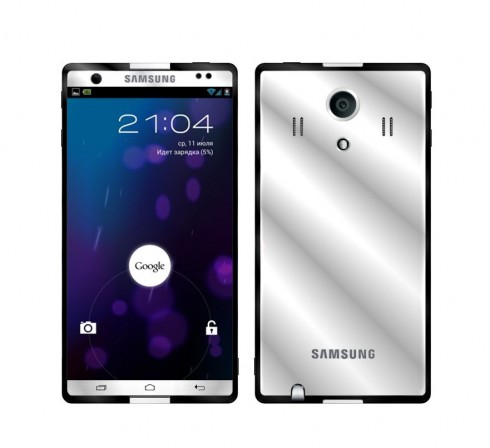 The phablet measures 7.8 mm in thickness and to me it’s more of a smaller Galaxy Tab than a bigger Galaxy S, as the Note is usually perceived. I have to say I dig the straight edges, as I never was a fan of the rounded design of the Galaxy S III. What do you think?