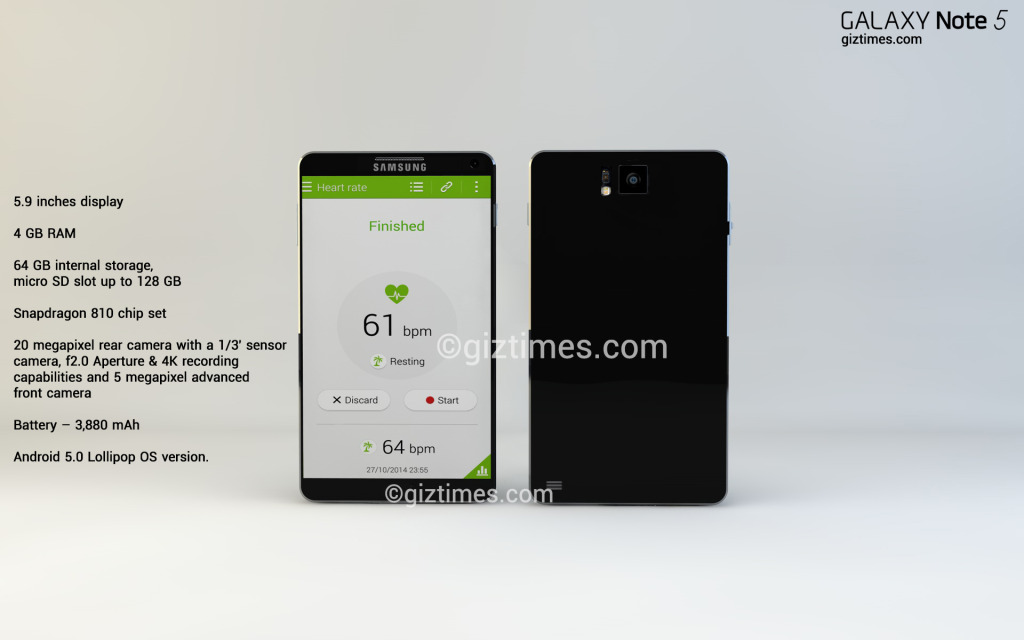 The Samsung Galaxy Note 5 should debut at IFA 2015 this fall, but some rumors claim that it will come sooner, in August. In the meantime we have received two new renders of the phablet, that offer a pretty basic and predictable design. 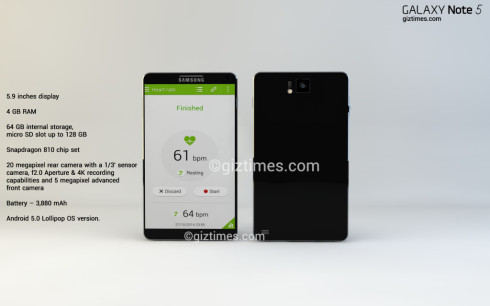 The device is rather wide, has narrow bezels and seems to be made of metal. It’s so slim that its camera protrudes quite a bit, not my favourite deign approach to be honest. I can’t exactly see if we still get a pulse or fingerprint sensor and where exactly they’re placed. If I were Samsung, I’d switch both of them with an eye blood vessel scanner. 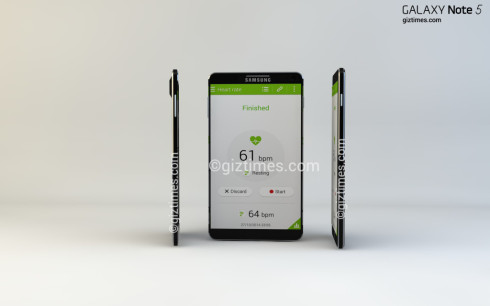 It can be used for authentication and to measure the blood pressure and pulse, so two sensors gone at once. Anyway Giztimes, the creator of this concept sees the Galaxy Note 5 as having 4 GB of RAM, a 5.9 inch screen, 64 GB of storage, a microSD card slot with support for up to 128 GB and a Snapdragon 810 processor. A 20 megapixel back camera with a 1/3 inch sensor is in the mix, as well as a 5 MP front shooter and a 3880 mAh battery.

About Kelvin
Passionate about design, especially smartphones, gadgets and tablets. Blogging on this site since 2008 and discovering prototypes and trends before bigshot companies sometimes
OnePlus 2 Supposed Pictures Leak, VR Launch Happening in a Month   Nexus X Concept Phone is Made of Aluminum, Features Removable Battery and Fingerprint Scanner