I don’t like rushed projects and this is one of them. The Samsung Galaxy Note 4 hasn’t even reached enough shops all over the world and it already getflffs a follow-up in this designer’s mind: Samsung Galaxy Note 5. We’re dealing with an edge to edge phablet that’s more screen than body. 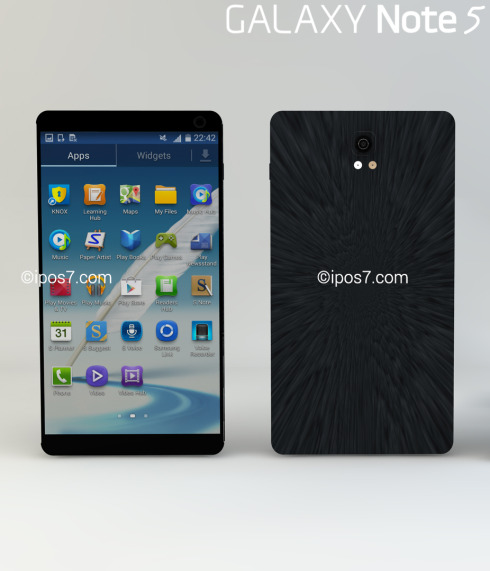 I see no physical buttons, unless my screen is broken and the whole thing is a basic rectangular slab with a dual tone flash at the back. I’d say this model keeps the general Note design, ever since the Note 2 onward, which is predictable. If Samsung was smart and original they’d rather focus on the Note Edge, than the regular Note, that’s the same every time give or take some GB of RAM and a microUSB 2.0 or 3.0 port.

Also, I have a feeling that the Samsung Galaxy Note 5 will finally bring into mainstream a flexible OLED display, combined with some crazy way to integrate metal in the mix (probably not, but Apple did it by mistake, so why not?). What do you expect for the Note 5? The designer expects 4 GB of RAM, an octa core 64 bit CPU, a 5.7 to 5.9 inch screen and a 21 MP camera.