We’ve just received from Erica Yusim what looks like a new concept phablet dubbed Samsung Galaxy Note X. The device forces the limit of current phablets, bringing it up to 6.3 inches this time. We’re dealing with a 6.3 inch smartablet with a Full HD resolution and a 2 GHz quad core Cortex A15 processor. 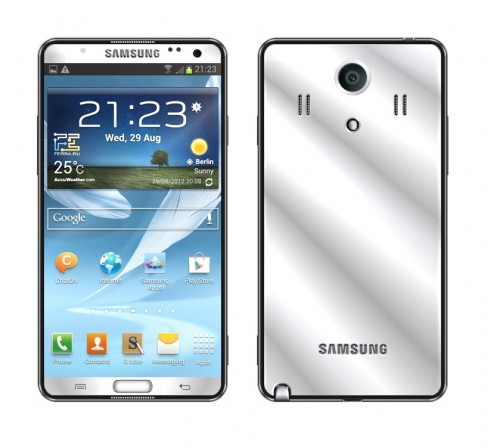 The screen on board of the Galaxy Note X is a Super AMOLED Plus and this is an Android 5.0 device, probably the version dubbed Key Lime Pie. It includes a 16 megapixel back camera with auto focus, LED flash and BSI, plus a front 3 megapixel camera with BSI as well and low light shot. The new phablet has AGPS, Glonass, Bluetooth 5.0, USB 3.0 Host, WiFi, mHL and NFC. Galaxy Note X comes in 32, 64 and 128 GB storage versions and packs no less than 3 GB of RAM.

It measures 8.9 mm in thickness and weighs 220 grams, both very reasonable figures for such a big diagonal device. Inside there’s a Li-Ion battery, a 4000 mAh unit. I bet that there’s also a next generation S Pen stylus in the mix and from what I can see the screen is an edge to edge one. With a diagonal of 6.3 inches, this is one of those devices that you’ll avoid placing next to your ear for phone calls, relying on headsets instead. When will we know that this big means too big? 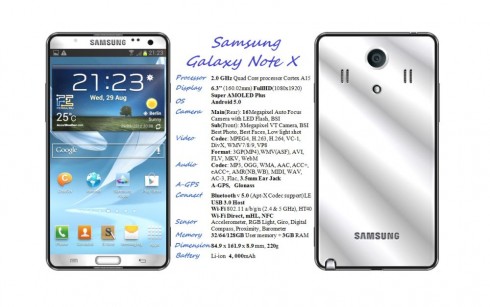 About Thrystan
Sony Xperia X Mockup Inspired by the Design of the Xperia Tablet S   Nokia Nexus Spark, Yet Another Nokia With Android and This Time With 41 Megapixel Camera