The Samsung Galaxy Note II is not even out yet and people are already dreaming about the Galaxy Note III. One of them is user “uva7 dance”, who sent us an email with his render of the Note 3 and a list of specifications. While the render isn’t that surprising and it doesn’t stray from the lines we expect from Samsung, the specs list is pretty interesting. 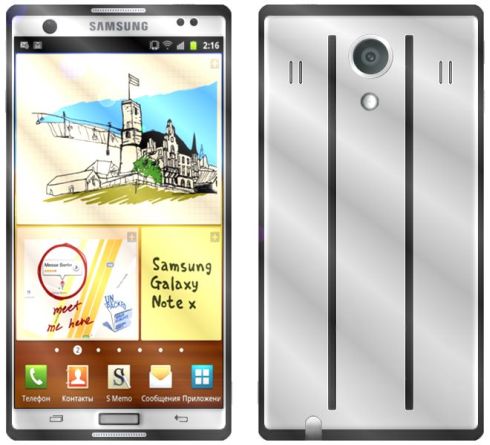 This Galaxy Note design also has a nano SIM card slot, a 5000 mAh battery, stereo speakers, 4G LTE, Bluetooth 5.1, Wifi and the classic S Pen, plus software. Android 5.x is seen as the futuristic OS on this phablet. So, are these realistic expectations for the end of the year 2013?