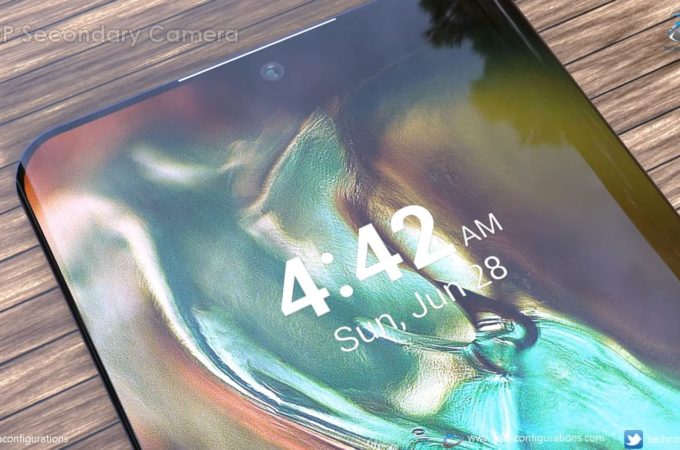 While the last Galaxy S11 Plus leaks were focused more on design, this one is all about the specs. Well, it’s not even a leak, but rather a set of renders from enthusiastic designers. Techconfigurations rendered the 2020 Samsung flagship and we bask in the glory of a full specs list after the break.

First of all, the Samsung Galaxy S11 Plus is gigantic, at 7 inches in diagonal. 6.9 inches is what I last heard via leaks and even that’s too much. The only excuse for such a diagonal would be a waterfall screen, but that’s not happening anytime soon from what I’ve heard. There’s also an Exynos 990 CPU inside or the Snapdragon 865 in China and USA. 5G is available by default, so there’s no need for a separate version.

We’ve also got a 5000 mAh battery, which is pretty impressive, even by Samsung standards. Then there’s a 12 MP front camera, apparently a singular camera, although the jury is still out on that one. Believe it or not, the back side hosts a triple main camera, with a 108 MP sensor, 48 MP and 12 MP sensor, the latter two being ultra wide and telephoto. There are also some extra sensors in there, like a Bright Night Sensor, a ToF camera and probably a Spectrometer.

8K video is on the table, as well as “Space Zoom”, whatever that is. I see that the selfie camera is still cut in the screen and not integrated within it, but I’m not very sure that will also happen in real life. I have a feeling Samsung may just wow us with a new way of implementing a camera design… Bezels seem to be quite narrow here and the earpiece is very well hidden at the top. Some companies have gotten rid of it alltogether.

Expect a hefty price for this baby, particularly if the 7 camera prediction for the back side comes true.