Samsung Galaxy S21 5G Shockingly Gets Rendered Out of Nowhere, with Flat Display 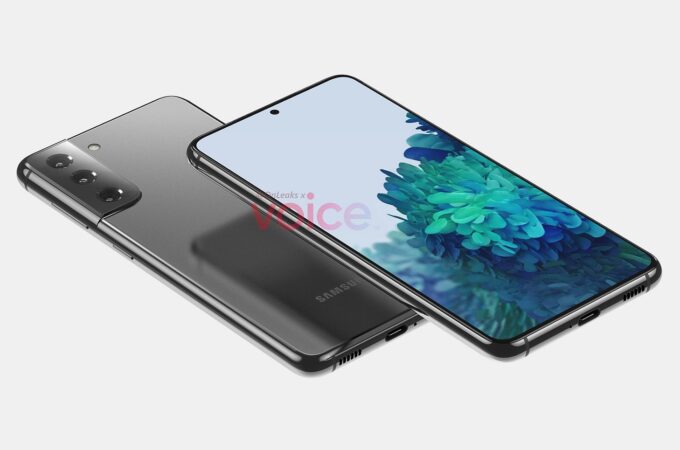 Over the past days I’ve noticed a weird trend: a flurry of Samsung Galaxy S21 leaks has taken over the web. For a while there, sources were saying that we could even see a debut this year. Now the general consensus is that the device will debut in January 2021. And to top it all, we also have a leaked render of the Galaxy S21 5G below.

This CAD Render comes courtesy of Phone Arena and Steve Hemmerstoffer aka @OnLeaks. The design doesn’t seem to bring any surprises, sticking with a punch hole for the selfie camera and also with a rectangular back camera, perhaps better embedded in the back side compared to previous implementations. It’s interesting to me that the LED flash seems to be placed outside of the camera module and that the module doesn’t protrude one bit. We also get a 360 degree video of the device below.

This Galaxy S21 5G model should be the starting point for the new series. I also see that there’s a discrepancy between the color of the back side and the color of the camera module. The latter is darker. There are 3 camera sensors here, most likely the main one, ultrawide and telephoto, but no periscope zoom. Upfront we find a 6.2 inch screen according to the source and bezels seem to be pretty much the same size as before. However, expectations are that they’ll be smaller and narrower than before.

We even have measurements leaked: 151.7 mm in height and 7.9 mm in thickness. The width increases a bit: 71.2 mm compared to the Galaxy S20’s 69.1 mm. We also get to see a bottom firing speaker, an USB-C port and the usual placement for the Power button and volume buttons. Expect a Snapdragon 875 CPU inside for the US market and the Exynos 1000 or 2100 for the European one. 8 GB of RAM and 128 GB of storage are also the basic specs on offer here. A 4000 mAh battery is in the cards and we’ve heard that refresh rate would be reduced to 60 Hz.

I feel that it’s a bit early for such a render, but I trust @OnLeaks and his sources.

About Kelvin
Passionate about design, especially smartphones, gadgets and tablets. Blogging on this site since 2008 and discovering prototypes and trends before bigshot companies sometimes
Samsung Galaxy S21 Ultra 5G Has a Huge Camera Bump Yet Again   Huawei Mate X2 5G Looks Too Much Like the Galaxy Z Fold 2 To Make a Difference