There’s a great responsability at Samsung, when making the next Galaxy S phone. The Galaxy S III is already a big upgrade from the S II, but what will the next one bring? If you ask designer Jsus, he thinks that the Samsung Galaxy S4 will look something like the mockup below, with a 4.8 inch edge to edge display. 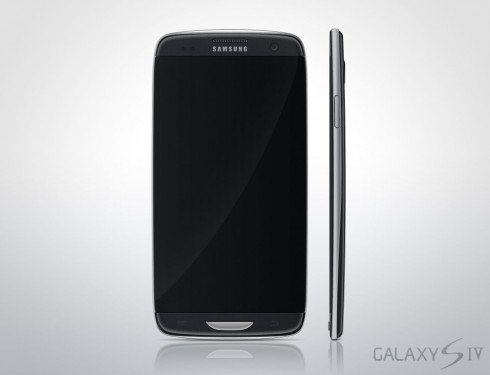 The handset is slightly curved, has a big Home button and no side bezels. On the sides you’ve got metal and the profile of the Galaxy S4 looks pretty thin. Frankly, I like the curves of this model more than the ones of the Galaxy S III. Samsung Galaxy S4 also features a 13 megapixel camera with LED flash and autofocus. The concept measures 6.8 mm in thickness and weighs 123 grams, although they should try to make it a bit thinner.

One thing I always hated about the Samsung Galaxy S III and Galaxy Note II is how slippery they are. I want Samsung to find a way to include a material that doesn’t slip from your hand, maybe some sort of coated aluminum or rubbery material. The way this Galaxy S4 incorporates the display panel is by including it into the design in a way that reminds me of the Nokia N9. Quite an interesting piece of work.