Here’s a fresh Samsung Galaxy S5 concept to get you started in 2014, one that’s created by Jermaine S and stands out through a very slim case. The idea here was to change the design trend of the Galaxy Note 3 and implement a metal body, for example. 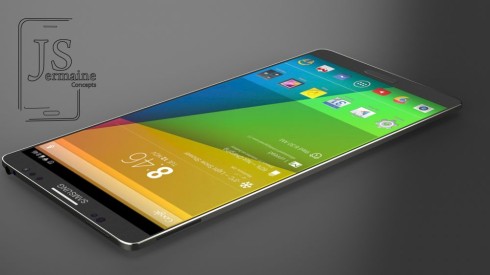 There’s still a plastic back for the sake of easier battery removal and this model is compared to the Samsung Galaxy J in a way. On the right side of the device you’ll find a glide system, that allows you to control the handset better. For example, when you make a video you can use your finger to zoom in/out. The specs of this Galaxy S5 render include a 2K screen with 5 inch diagonal, a 16 megapixel camera with 3 time optical zoom and 5 time digital zoom.

There’s 32 GB of storage here, 3.5 GB of RAM, a 64 bit Exynos S processor (supposed to debut at CES 2014) and a 3 megapixel front facing camera. We’ll also get an IR blaster and the famous Iris scanner everyone has been talking about. The design is yet again a return to the past, sort of like a stretched Galaxy S II, an idea that every Sammy fan has been exploring in his head for a few years now…

By the way, happy new year everyone!

About Kelvin
Passionate about design, especially smartphones, gadgets and tablets. Blogging on this site since 2008 and discovering prototypes and trends before bigshot companies sometimes
TouchWiz 5 Gets Rendered, This is the UI of the Galaxy S5   Sony Revolutionary Transparent Smartphone Created by Branda World