Bob Freking had a pretty nifty Galaxy S4 concept before the handset was launched and now he’s back with the Galaxy S5 he promised. As you know, we had a teaser for you here and now that teaser has turned into a full blow picture gallery and video. 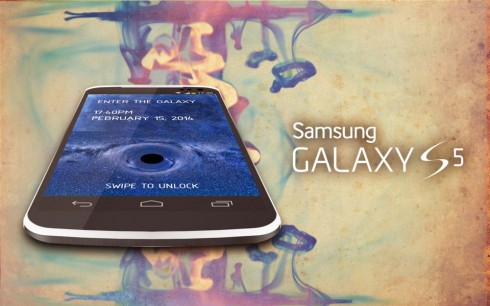 Bob’s Galaxy S5 concept is accompanied by epic music in the video below and the device packs a 16 megapixel S camera with optical image stabilization and 6X lossless zoom. There’s also support for add on lenses and this cam takes in 10 times more light, bringing it to the best low light performance in the world of mobile. At the back we’ve got a waterproof aluminum cover and upfront the design reminds me of the HTC One X a bit… 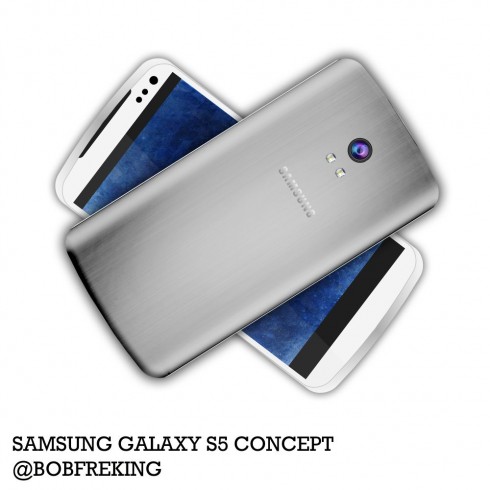 This Samsung Galaxy S5 render also involves a 5 inch Full HD Super AMOLED Plus display with better pixel arrangement than the Galaxy S4. We’ve also got a new TouchWiz with fresh gestures and less memory usage. The CPU here is a 2 GHz 8 core Exynos 6 with 64 GPU cores and specs also include 4 GB of RAM and 64 GB of internal memory. The smartphone is capable of 4G LTE and it’s even prepared for 5G…

This device comes with wireless charging, it’s light at 120 grams and an thin at 7mm in thickness. The Samsung Galaxy S5 made by Bob Freking relies on a 4000 mAh battery, it will have a Google Edition and it runs Android 4.2 Jelly Bean. Fancy this model?