Jinesh Shah has imagined the way the next Galaxy S will look like, the model that’s supposed to be unveiled in less than 2 weeks. The result was the concept Samsung Galaxy S5 below, but the emphasis here is put rather on the interface than the device. 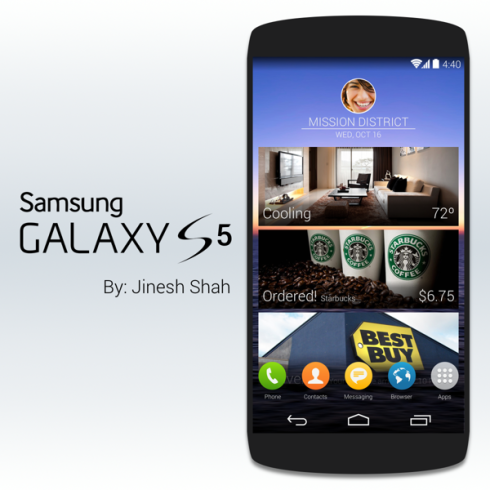 There’s a Nexus vibe about this phone design, or better said it resembles the Nexus 4 quite a bit. This is an atypical Samsung design, with virtual buttons and a very mature look, with only slightly rounded corners and small bezels. The new TouchWiz is very clean and flat, as shown by the new icons, among others.

Nice to see the phone interacting with orders from Starbucks, your thermostat (I guess) and probably an order from Best Buy. I have to say that this would make a nicer Galaxy Nexus 2 rather than Galaxy S5. It doesn’t have that incredible punch that a Galaxy S, or at least I think so, not having seen its back. This concept was done with Pixelmator and Adobe Illustrator, in case you’re wondering. 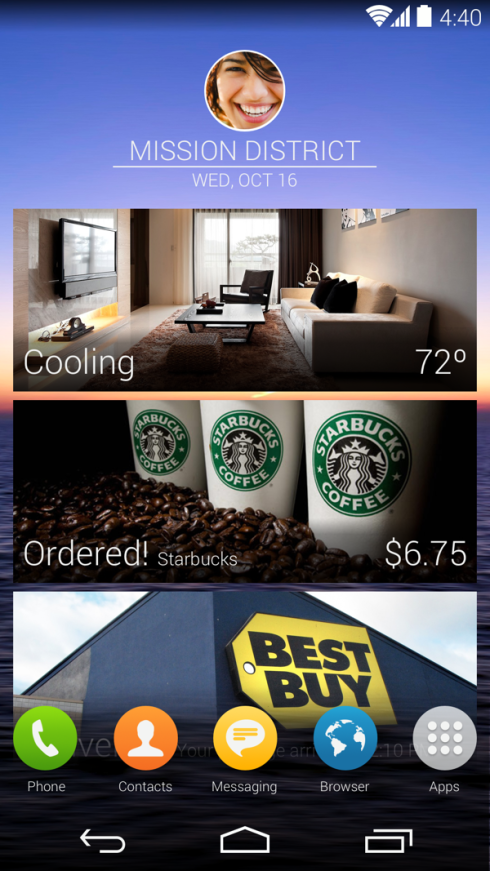 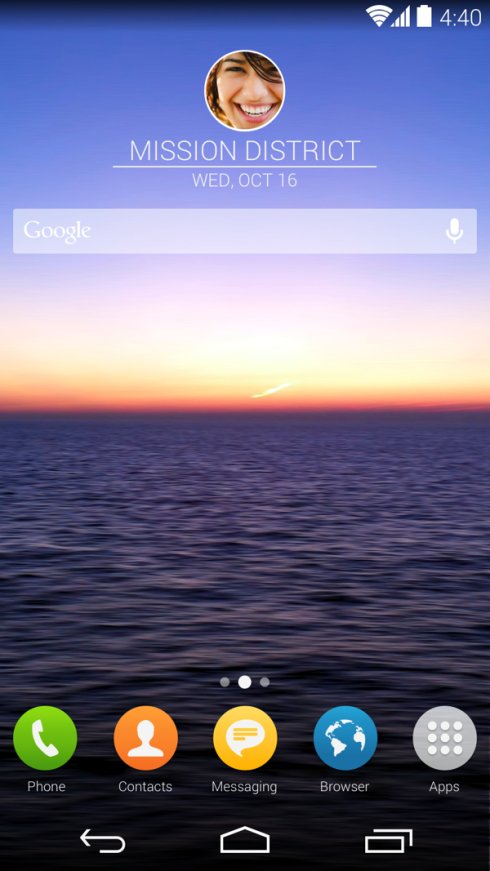