I’m sure that by now you know Bob Freking for his revolutionary smartphone concepts and now he offers you the chance to participate in designing the next Galaxy S. He posted the following video, asking you for 6 things you want to see on the Samsung Galaxy S6. 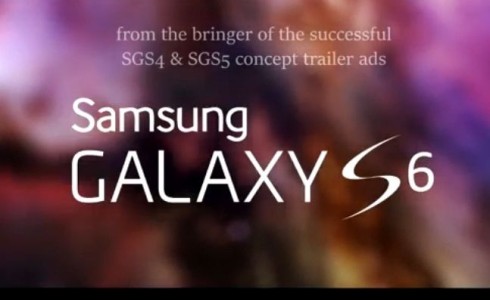 This 2015 Samsung flagship is supposed to fix the disappointment of the Galaxy S5 launch that went down last week. Keep in mind that whatever you say, Bob Freking takes into account and designs accordingly. I would suggest a 64 bit processor, 3 GB of RAM and a modular camera with a couple of bundled lenses.

I would also see this handset adopting a 2K resolution on a 5.2 or 5.3 inch display and an edge to edge design format used here. The case would finally be metallic and the Home physical button would be gone. The fingerprint scanner could be integrated into the screen this time and the cardiac sensor will be kept. What do you think of these Galaxy S6 suggestions?

About Kelvin
Passionate about design, especially smartphones, gadgets and tablets. Blogging on this site since 2008 and discovering prototypes and trends before bigshot companies sometimes
Samsung Galaxy F is a Premium Flagship With Metallic body   Ibis Dual Face Smartwatch is a Piece of Jewelry, Runs Android