The general feeling on the web is that the Samsung Galaxy S6 will somehow include a secondary screen like the one of the Galaxy Note Edge, or we could see two versions of the phone. Samsung Galaxy S6 and Galaxy Edge are both rendered by Jermaine Smit and below you can check out a video of both. 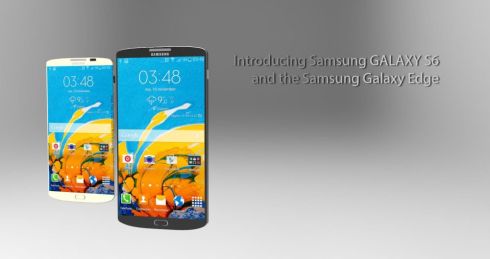 The Galaxy S6 stands out through a non existing bezel, so it’s glass all the way in the facade area. It also includes fast charging, so with 20 minutes of charge you get to 50% right away. 65 minutes bring on a full charge. There’s also a 20 megapixel ISOCELL camera on board, with OIS, Full HD 120 FPS video capture, dual LED flash and 4K video. Samsung Galaxy S6 comes with a 2980 mAh battery, it has a soft back texture and a 2K Super AMOLED display.

Since the designer didn’t specify, I’m guessing both models share these specs, but only one takes the display all the way to the edge… and maybe a bit more, with an extra side edge. Would you buy this phone? And if so, what price would hit the spot? 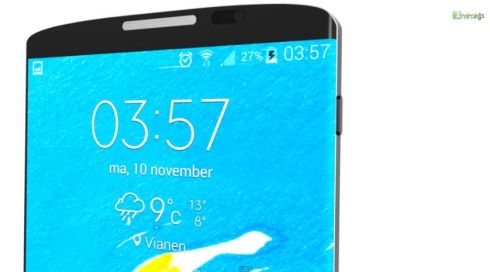 About Kelvin
Passionate about design, especially smartphones, gadgets and tablets. Blogging on this site since 2008 and discovering prototypes and trends before bigshot companies sometimes
iPhone 8 Rendered by Steel Drake: Excellent Design! (Part 2)   You Design the Samsung Galaxy S6! Just Submit Sketches and Idea and You’ll Get the Design!