Just two days ago we saw the Samsung Galaxy S6 being rendered and here it is again, this time with a semi metallic case and some predictable specs. The render was done by 91mobiles.com and involves a 5.5 inch 2560 x 1440 pixel display, as well as water and dust resistant shell.

The handset comes with a faux leather back, standard three button design upfront and a biometric fingerprint scanner, as well as a 20 megapixel ISOCELL camera at the back, with dual LED flash. There’s a 5 MP front camera with wide angle lens and a 5.5 inch Quad HD display upfront, as mentioned before. The edges have now become slimmer and there are narrower spaces both at the top and bottom. We’ve got a slim profile of just 7.5 mm here and a weight of 130 grams. 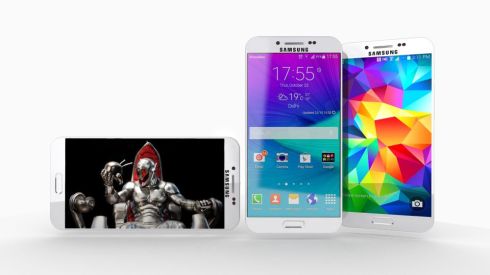 The heart rate sensor at the back is similar to the one of the Galaxy S5 and obviously there’s also a microSD card slot in the mix. Finally, the Ultra Power Saving mode offers an usage close to two days and a half. The Galaxy S6 concept brings 4 GB of RAM, 4G LTE and a 3300 mAh battery, as well as an Exynos 5430 processor, an octa core unit. The OS is obviously Android 5.0 Lollipop, with Samsung’s new version of TouchWiz. New gesture-based controls have also been included.

There’s also a lengthy video of the Galaxy S6 render below. I like the slightly rounded format of the phone and somehow I feel it kind of copies the HTC One… 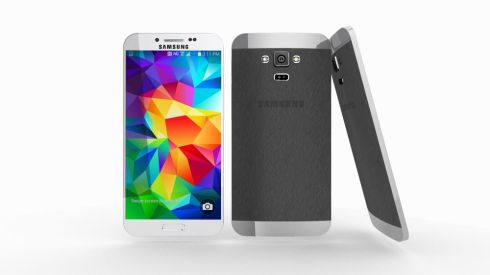 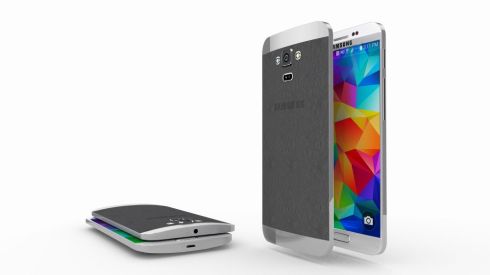 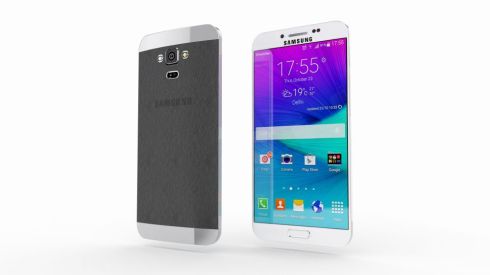 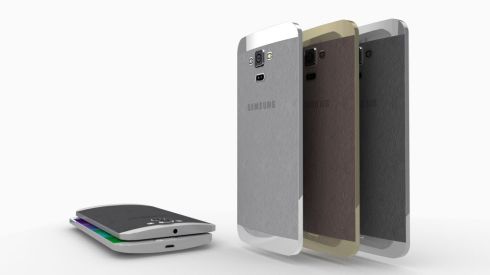 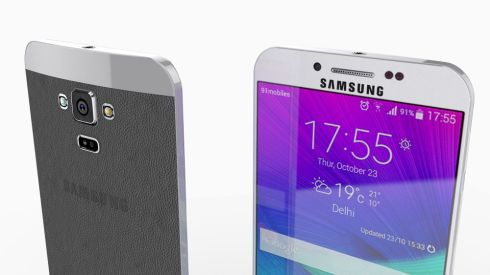 About Kelvin
Passionate about design, especially smartphones, gadgets and tablets. Blogging on this site since 2008 and discovering prototypes and trends before bigshot companies sometimes
LG G4 Gets Skinny New Render, With 4 GB of RAM   Microsoft Lumia 1030 Gets Rendered With Windows 10 in Tow