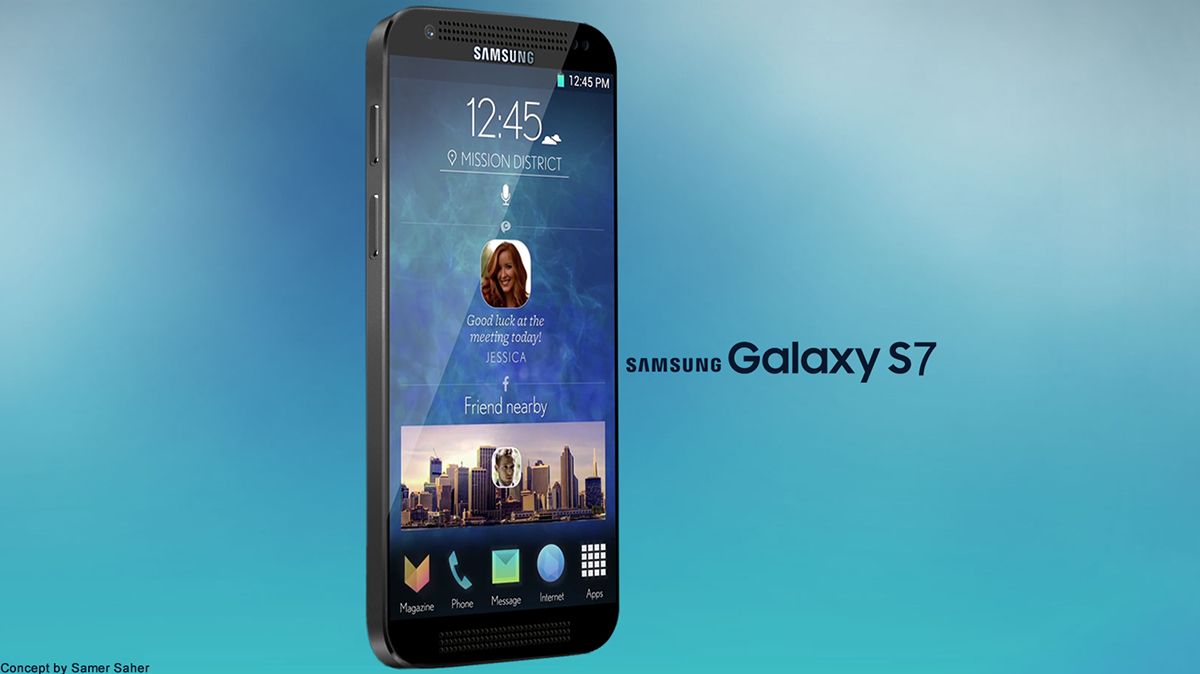 With the Galaxy Note 5 and Galaxy S6 Edge+ already launched a week ago, it’s time to start focusing on the “next big thing”, which is the Samsung Galaxy S7. The device is rumored to be completed early thanks to Project Agile and today we check out a potential render of the device. 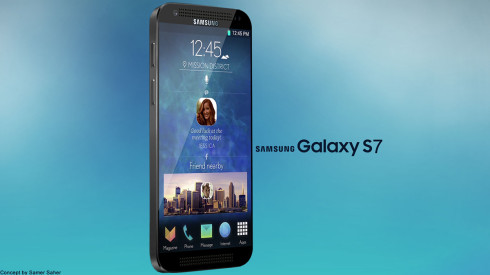 The creation of Samer Saher, the device feels a bit more like a HTC One M10 than a Galaxy S7. Why? Because for starters it has two big speaker grilles upfront, an approach Samsung hasn’t tried for its flagships just yet. The handset is said to be running Android 6.0 Marshmallow and it comes with a Snapdragon 820 processor, or a new Exynos Mongoose chipset in some countries.

A solid metal frame is present on the sides and I imagine the back is either made of glass or metal. Switching back to plastic would maybe feel like a step backwards for Samsung fans. The overall format feels familiar and comfy, elongated and rectangular with rounded corners, but also less wide than the competition. With a bit of luck we’ll see more leaks in December…

About Kelvin
Passionate about design, especially smartphones, gadgets and tablets. Blogging on this site since 2008 and discovering prototypes and trends before bigshot companies sometimes
Nokia Swan is Both a Phablet and a Tablet, With 42 Megapixel Camera and Great Lighting   Jermaine Smit and @OnLeaks Present: LG Nexus 5 2015 in a New Series of Even More Detailed Renders (Video)