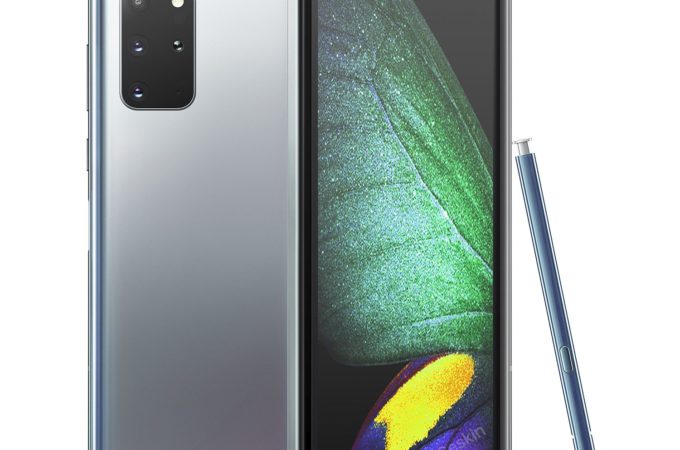 First of all, the Samsung Galaxy Z Flip 2 changes one of the things that everybody has been complaining about: the external screen. That has become bigger now, probably a 2.5 or 3 incher and also wide. It can display the full text of a notification, not just like the icon like on the Z Flip 1. Also the dual camera is still here, which is a bit of a bummer, since we hoped for an upgrade. Hopefully, the sensors are given a bump to 48 MP + 64 MP telephoto let’s say.

The new blue hue with mauve accents is pretty to be honest. Other than that the hinge and format stay the same. I’d make the device shorter, because it’s too long right now.

Now the Galaxy Fold 2 from Ben Geskin also comes with some specs bundled. As you can see it stays the same design-wise, but it gets a stylus, plus a S20+ style camera. There’s a 7.7 inch QXGA screen now with 129 Hz refresh rate and the 6.4 inch FHD+ cover screen. There’s 5G, a Snapdragon 865 CPU, a 10 MP selfie camera and a quad back camera: 12 MP wide, 12 MP ultra wide, 64 MP telephoto and DepthVision sensor. Well, at least it doesn’t have a notch… but rather a teardrop front camera.

About Kelvin
Passionate about design, especially smartphones, gadgets and tablets. Blogging on this site since 2008 and discovering prototypes and trends before bigshot companies sometimes
Google Pixel 4a Gets Rendered by Letsgodigital and Concept Creator   Samsung Galaxy Note 20 is Here Already, Rendered by Waqar Khan