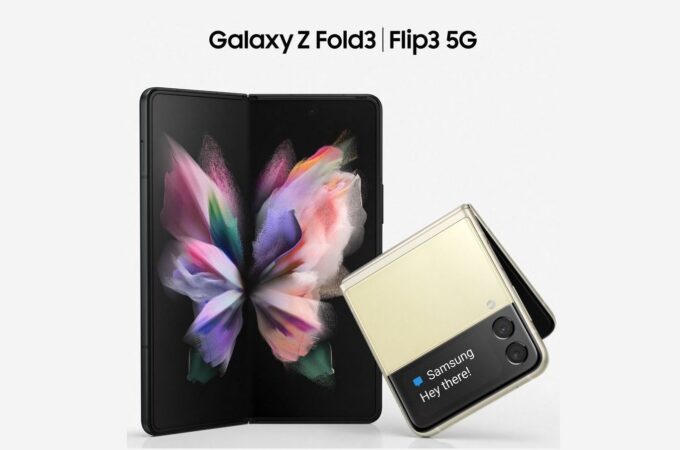 The clock is ticking and we’re about a month away from the big Samsung unveiling, the Unpacked event associated to the Samsung Galaxy Z Fold 3 and Galaxy Z Flip 3. That’s the ideal time for a MEGA leak, which is exactly what Evan Blass delivers today, as shown below.

We get to see both the Samsung Galaxy Z Fold 3, accompanied by a stylus plus the sleek and small Z Flip. These are official-looking renders and I have to admit there aren’t many novelties here. Turns out that there’s no selfie camera under the display of the Z Fold 3, since I can still spot a punch hole, in the same location as the one from the Z Fold 2. We also get to see the S-Pen next to the phone, which may end up as a special edition stylus, not the regular Galaxy Note one.

Also, the device doesn’t adopt the main camera wrapped around the corner at the back side and there’s no periscope camera in sight. The device appears to be slimmer than its predecessor, but no word if the screen gap is there or not.

As far as the Galaxy Z Flip 3 is concerned, it pops up in a color I’d only describe as “lime”. The external screen is now more discretely integrated, increases in diagonal and next to it we find a dual back camera. We get to see a metal frame, maybe that Armor Frame leaked at some point. The flash kind of spoils the symmetry of the back side. Looking forward to see the inner screen.

About Kelvin
Passionate about design, especially smartphones, gadgets and tablets. Blogging on this site since 2008 and discovering prototypes and trends before bigshot companies sometimes
Samsung Galaxy Watch4 Design Revealed Via Leaked Renders   Want to Create a User-Friendly Mobile App? Here’s are Some Useful Tips