We saw a cool Nokia in Star Trek back in 2009 and another cool Nokia in Real Steel. But what about Samsung? This year they’re going big, making Tony Stark’s gear for the movie Avengers Age of Ultron. 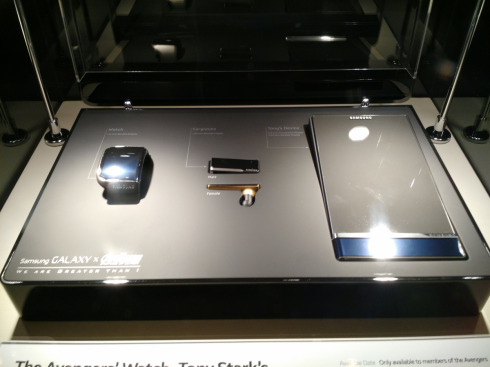 The Iron Man phone below is supposed to be a sleek and metallic device with cutting edge technology and it’s a combo of glass and metal. It’s a flexible display phone, with two different curved panels that seem to be transparent. It’s inspired by the galaxy Note Edge and features a hologram glass user interface with fingerprint security. Seen from the front, the device looks like a slab of glass.

This product was shown at CES 2015, together with a special earpiece and watch also from Tony Stark’s arsenal. So, a curved hologram phone is what Tony Stark uses… and it’s not even very far from what Samsung are messing with these days, if they want to answer that LG dual curved screen prototype… 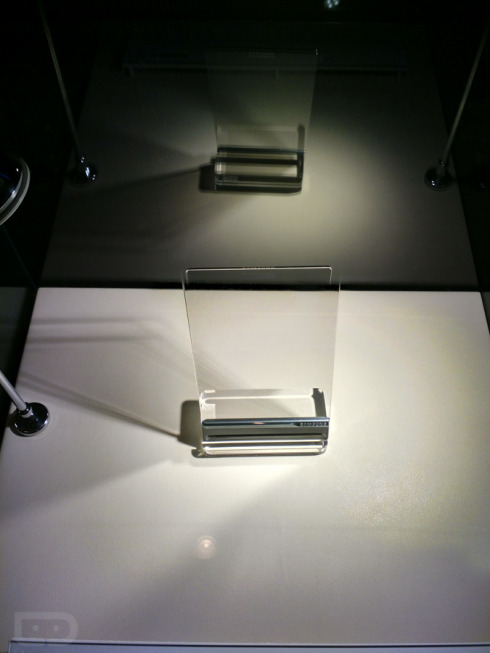 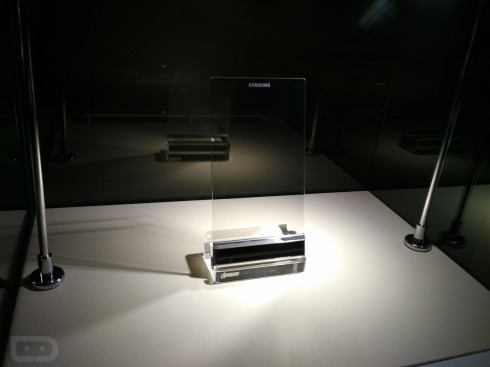 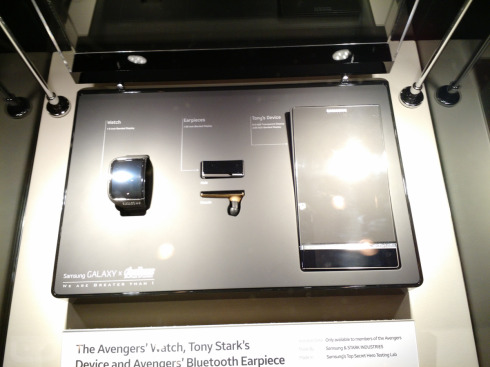