The Scroll is Back! Flexible Device Has Scrollable Part Coming Out 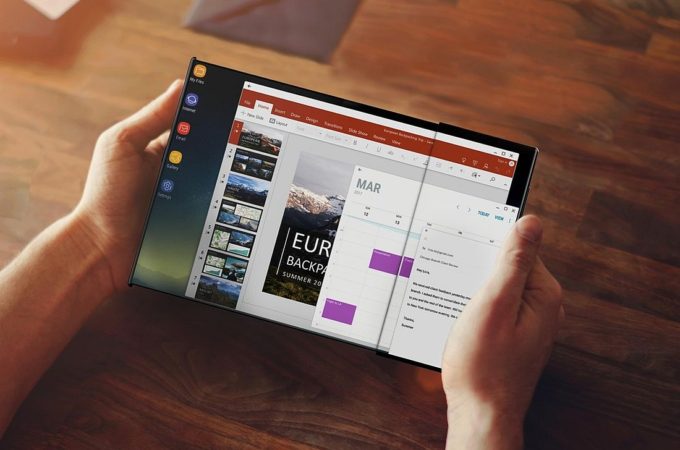 I remember that back when this website was in its infancy, in 2008 or 2009, we met with quite a few foldable and scrollable devices. Even a PlayStation Phone or tablet got the scroll treatment. Now the format is back and it kind of makes sense. 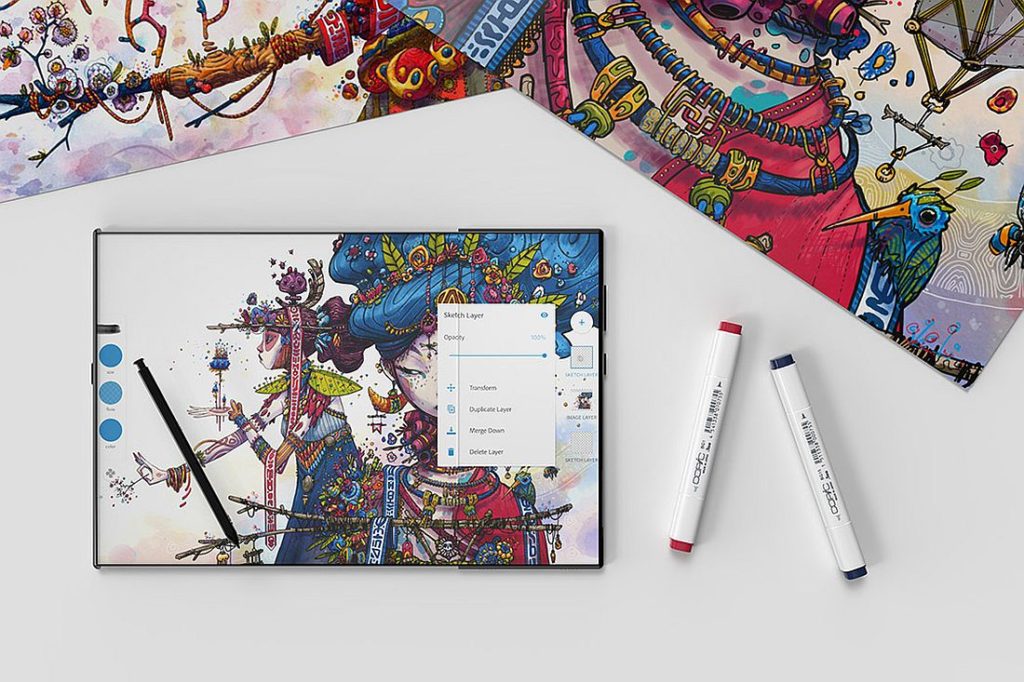 The creation of designer Emad Rahimi, this device doesn’t even have a brand name, but I highly suspect we’re dealing with a Samsung here. After all there’s Bixby on board and Samsung is supposed to be the most advanced with a flexible/foldable phone project. Dubbed simply “Vision X”, the device uses a futuristic and flexible OLED display, that lets you turn a smartphone into a tablet in mere seconds. 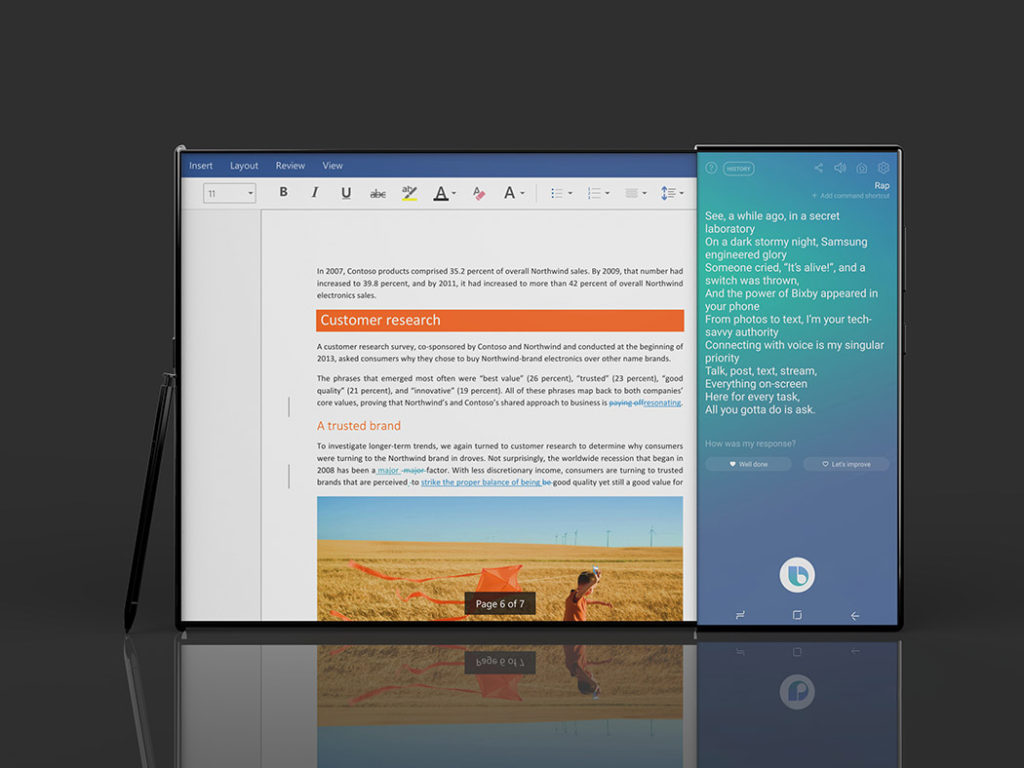 If you want extra details on your map, or maybe an extra side menu on your device in games, this may be useful. It seems to triple the screen estate of a device, or even quadruple it. The UI turns from regular Samsung Experience, to that new fangled approach we get on the Samsung DeX Pad and its UI. There’s x86 Software on a Snapdragon Platform by Qualcomm in the mix. 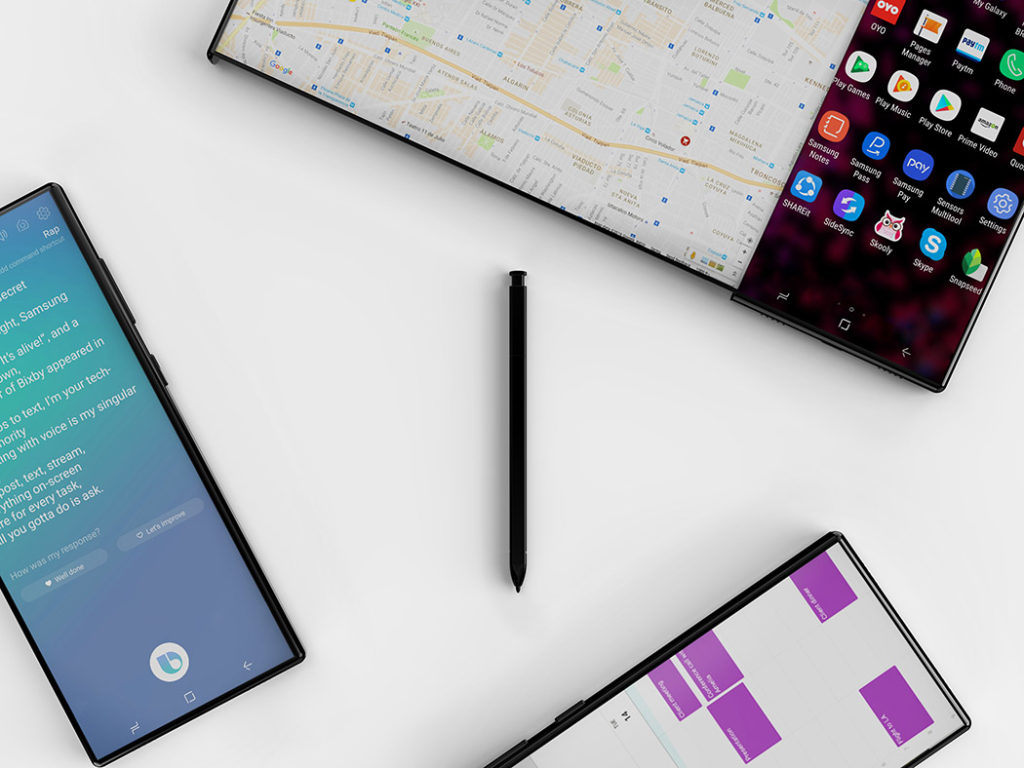 This machine is as powerful as most PCs when paired with a keyboard. The flexible part isn’t explained by Emad Rahimi, but I imagine we’re dealing with a piece that expands from the body of the phone to the other area. It could be POLED or some other material. To me it feels like an ancient scroll being unfolded, but applied to modern tech.

About Kelvin
Passionate about design, especially smartphones, gadgets and tablets. Blogging on this site since 2008 and discovering prototypes and trends before bigshot companies sometimes
LG G7 Neo Gets Teased by Concept Creator (Video)   Motorola RAZR V4 Channels Clamshells, Foldables and So Much More (Video)