The guys of Sammobile.com have an exclusive photo that’s supposed to show the Samsung Galaxy S4 in a press render, but most of the web is saying that this is clear fake and a render. I support that opinion, but there’s always that 1% of doubt, that may result in this being a real shot after all. So, let’s analyze what we’re dealing with here. 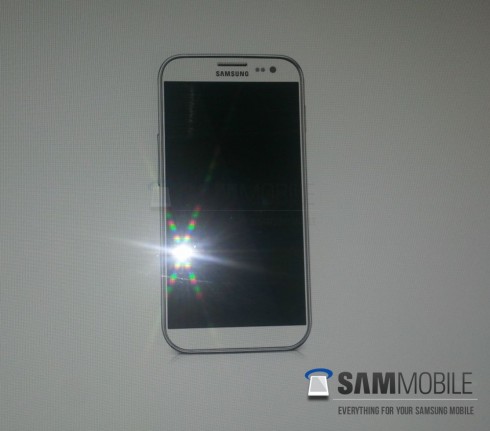 The design of the handset reminds me of a combination between the Samsung Galaxy S III and the Galaxy Premier. As you can see there’s no Home button present here, so Samsung will switch to virtual buttons finally. Also, the device has a slimmer bezel, it’s a bit less rounded than the Galaxy S III and it features a larger display. The same source of the leak talks about specs: an Exynos 5450 quad core 2 GHz processor on board, a Mali-T658 GPU, 2 GB of RAM, a 4.99 inch Super AMOLED 1080p display and a 13 megapixel camera.

Upfront we should get a 2 megapixel camera and the OS of choice should be Android 4.2.1. One thing to be suspicious about is that reflection on the edge of the device, that should have created a more special effect on the edge of the handset. For me this Galaxy S4 press render looks better than the Galaxy S III. What about you?

About Thrystan
Samsung Galaxy S4 Through the Eyes of Designer Rahul Sharma   BlackBerry Z10 Gets Press Renders Ahead of Launch, Done by Martin Hajek