Following the hoax over here, I’m afraid to say the image below shows a real phone, since I wouldn’t want to misinform anyone. All I can say is that this supposed Sony C650X Odin handset came to us from the very prolific Jsus, who has made us believe he created real phones before. So, let’s find out what the Odin is about. 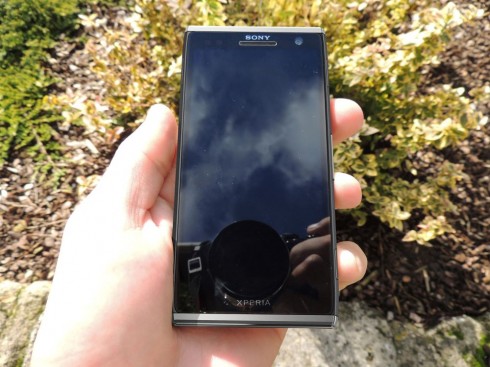 Leaked about two weeks ago in benchmarks, this is supposed to be a 2013 Sony flagship phone, one that packs a 5 inch display The handset runs Android 4.1.1 Jelly Bean and has a 5 inch display with a 1920 x 1080 pixel resolution, for a 441 ppi pixel density. We also get a Qualcomm Snapdragon S4 Pro quad core CPU inside, with Adreno 320 GPU and 2 GB of RAM. HTC recently announced a 1080p display phone, so nothing surprising here.

However, Sony has yet to make an official debut for a quad core phone, so we’re waiting on that. The really interesting thing about the image that Jsus sent us (and probably created) is that the facade of the phone is almost all glass, with that 5 inch display being very well integrated and covering the Xperia logo, hidden under glass. I imagine that the Android buttons are now virtual, like on the Galaxy Nexus. Also, It would be cool if the lower side would light up in some way… So, what’s the verdict? Fake or real?