Yet another Cyber-shot concept phone gets ready to surprise the SE fans with its high-end specs and a brilliant 10.2 megapixel camera that even supports HD 720 recording. Sony Ericsson C905 was designed by Xajel and is a high-end slider that’s not as sci-fi as other similar SE phones we’ve shown you. Full specs list below. 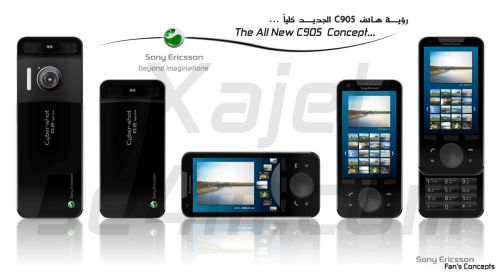 Camera: 10.2 megapixel, 3x optical zoom, Sony CCD Sensor, UI of Sony T200 camera, auto and manual focus, face detection (up to 5 faces), multi focus points (up to 5) with manual positioning for each one

Sound: 2 loud speakers at the back (stereo sound)

According to the phone’s designer the device will be released n Q3 2009, but they may only be wishful thinking.