We’ve shown you the teaser of the Sony Ericsson Impersa concept phone a couple of days ago and now we’ve finally managed to see the finalized project. If you’re worried that two pics are too little for such a hot 12.1 megapixel cameraphone, don’t fret, as designer Shane A. Bygrave has got more shots coming. 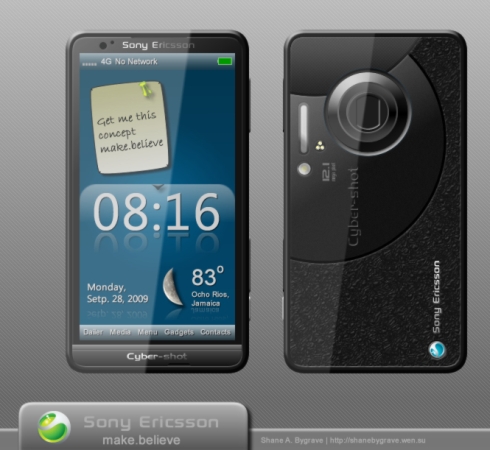 This cameraphone’s specs list also includes 512MB RAM, 1GB ROM, 4GB of internal memory and a microSD card slot with support for memory expansion of up to 120GB.

About Thrystan
Fujitsu Concept Phones Part 1: Elegant Glass Handset   Multimedia Pen is All but a Phone… Comes With Great Features