Sony Ericsson Walkman phones are usually defined by their multimedia features, but the W990 concept begs to differ as it features 16GB of internal memory and a 5 megapixel camera with autofocus. Of course that sounds a bit like Nokia N96 and a potential future iPhone, but I’m sure that nobody over at Sony Ericsson’s yet ready to jump on the clone wagon.

Oh, did I mention that W990 also features a holografic “touch” (sensor) display? 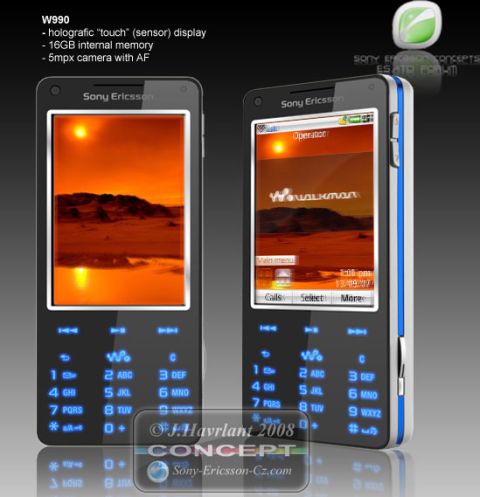 The concept was designed by J. Havrlant and it’s far better than the poor design that surfaced on the Internet weeks ago, claiming to be the real handset.