It’s been a while since we last saw a Sony Ericsson Walkman phone get launched, but at least we’ve got concepts, like the one that Shane A. Bygrave from the Esato board created. Dubbed the Sony Ericsson Walkman X-DJ, this music phone comes with dual speakers, a 3.5 inch AMOLED multi-touch display and a slide out music keyboard. 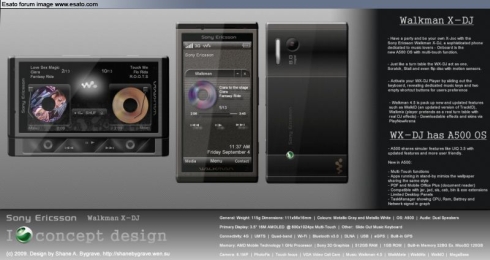 There’s also an 8 megapixel camera at the back and a funny feature, that’s either generated by my poor sight or a slip of the designer: 512GB of RAM. Now THAT would be something!