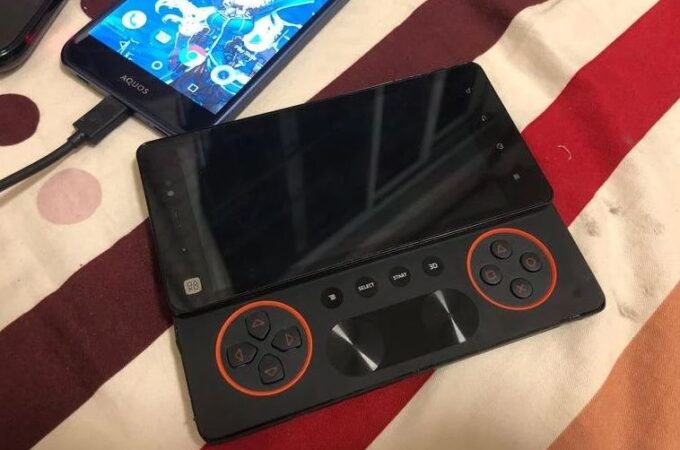 This website started in 2008, covering PlayStation and Xbox Phones, as wet dreams, sketches, renders and concepts. In the meantime, Sony has given up on gaming phones, which is too bad, because I opened up an Xperia Play and it was a wonderful feat of engineering. Today we uncovered a Sony Ericsson Xperia Play 2, a prototype which is up for sale right now.

This Android smartphone with a sliding part below the main screen is definitely a petite gaming machine. Senior member JerryYing from XDA Developers, who collects prototype phones is the one who owns the device and sells it. The sliding design was kept from the first model, but with a slimmer and more angular approach. We have 4 action buttons, a D Pad, plus what appear to be thumbsticks in the center. The Menu, Select and Start buttons are moved up.

Shoulder buttons are also available at the top, plus some extra buttons. There’s a single camera here and even the old capacitive buttons from Android were kept. JerryYing sells the phone on IdleFish, a sort of eBay at $34. It’s probably already purchased, since the price is very good. However, there may be a bidding war going on. It’s all nostalgia here, since modern gaming phones look like regular smartphones adorned with RGB lights, capacitive side buttons and multiple cooling systems.

They’ve externalized the buttons and extras as accessories and ASUS alone sells about half a dozen for its ROG Phone. Call me crazy, but I actually love the Xperia Play and Xperia Play 2. Any chance for Sony to bring it back?

About Kelvin
Passionate about design, especially smartphones, gadgets and tablets. Blogging on this site since 2008 and discovering prototypes and trends before bigshot companies sometimes
OnePlus 8T 5G 3D Video is In, Courtesy of Concept Creator   AirPods Studio Rendered by Concept Creator and Receiving Major Leaks