Sony Ericsson Yanq is quickly turning into a series of handsets, that now includes the basic model, Yanq Pro, Yanq HD and now the D&G Yanq. All of them were created by Jozef Kocúr, who probably found out that Sony Ericsson recently announced the Jalou clamshell, in a Dolce&Gabbana version. 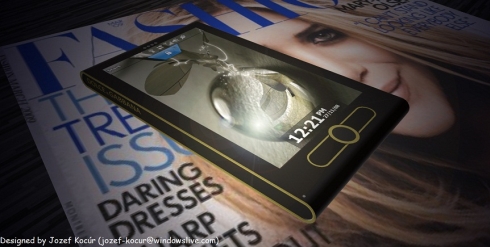 The classic recipe for success was kept: sleek design, full touchscreen, attractive interface, Windows Mobile OS on board (maybe), a decent camera at the back and navigational controls beneath the display.

About Thrystan
iPhone Slide Concept Comes With a Keyboard, Probably a Virtual One   iPhone Concept Becomes a TV Remote