Bob Freking shows us a potential future device from Sony. Meet the Xperia Chaos, supposed to be a quad core phone with a 2.5GHz Krait processor and 1GB of RAM. Android 4.0 ICS will run initially on this model, with the promise of an upgrade to Android 5.0 Jellybean. The designer also reminds us that Sony usually launches its main products later than everyone else. 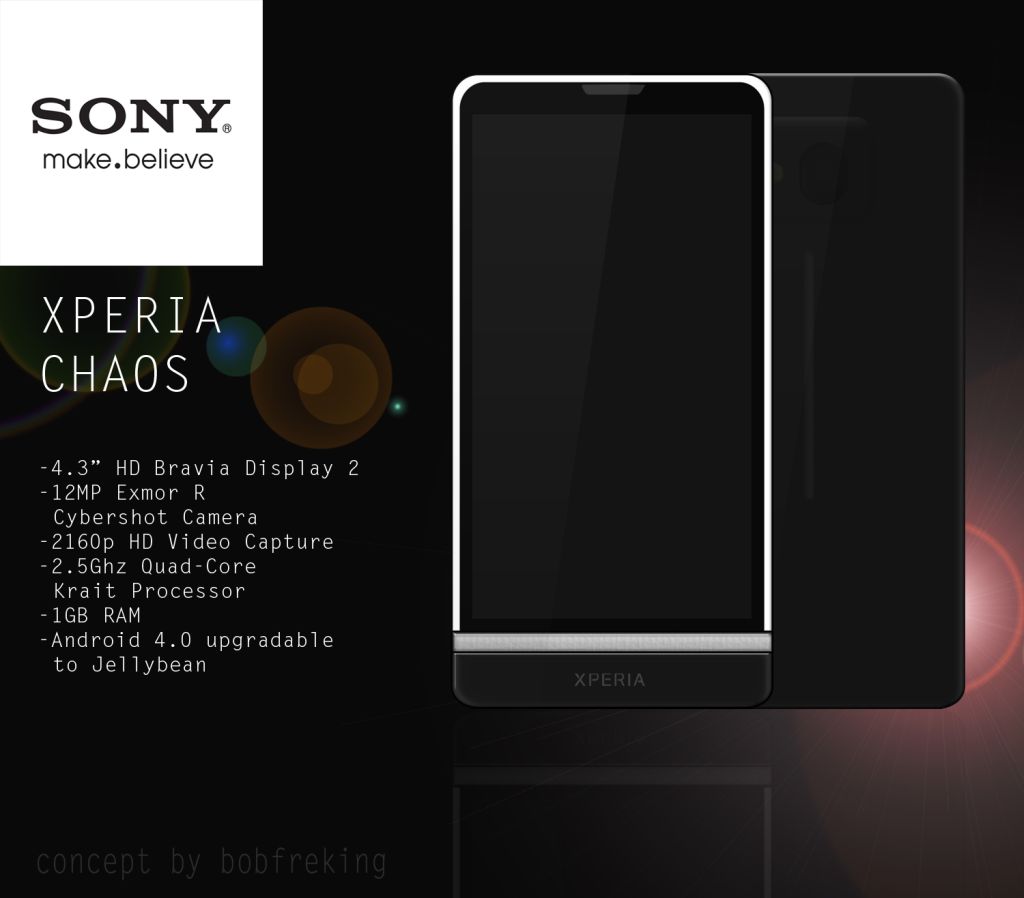 This means that by the time they release a quad core unit like this, handsets with 4 core CPUs will be midrange models. Meanwhile, Sony is still able to deliver an amazing 4.3 inch HD Bravia Display 2, like the one on the Xperia Chaos. Other specs include an Exmor R 12 megapixel camera based on Cybershot technology, the ability to to 2160p HD video capture and possibly a ton of internal memory. If I’m not mistaking the trademark bar (transparent or not) from the new Xperia is also present here, below the display.

I sure hope Sony will find a way to deliver top notch technology and to integrate it better. I played with the Xperia S and the capacitive buttons above the transparent bar are pretty bad when it comes to response…