After checking out the 4K display phone Sony Xperia ZX, it’s time for another Ben Ling Sony design. This one is simply called the Sony Xperia X, a name that in the past has been associated to a supposed Nexus made by Sony. 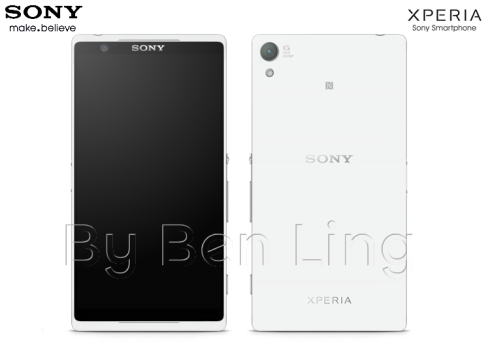 This device is a Quad HD one, with a 6 inch diagonal and Sony Live Colour LED technology. It also features Gorilla Glass 4 protection, a 20.7 megapixel 1/2.3 inch camera sensor with LED flash, as well as a 23 mm G Lens. There’s 12800 ISO available here and Exmor RS and BIONZ tech. The Xperia X does 8x digital zoom, Full HD and 4K video recording and in the mix you’ll also find a 5 megapixel front camera.

This one is a PlayStation certified model, with PS4 Remote play support and X-Reality for mobile technology. There’s a Super Vivid Mode in the mix and a physical camera button. Nothing really surprising here, including Android 5.0.2 Lollipop, LTE Category 6 or the 3 GB of RAM. The design is pretty typical of an Xperia, although this concept doesn’t seem to feature a back made of glass, opting instead for what seems to be metal or polycarbonate. I like the nicely rounded edges and subtle speakers at the front.

About Kelvin
Passionate about design, especially smartphones, gadgets and tablets. Blogging on this site since 2008 and discovering prototypes and trends before bigshot companies sometimes
Xbox Phone Concept Envisioned by Shobin Drogan, Video Included   Sony Xperia ZX Rendered by Uva7 Dance: A Phone for 2016