The Sony Xperia Eterion smartphone has been pictured before on our website and now it’s ready to make the third appearance. Designed by Frank Tobias, this smartphone adopts a rectangular design and reminds me of the Xperia S and Xperia Ion devices, particularly through that dotted area at the bottom, that somehow replaces the notification area on the Xperia S and its lighting. 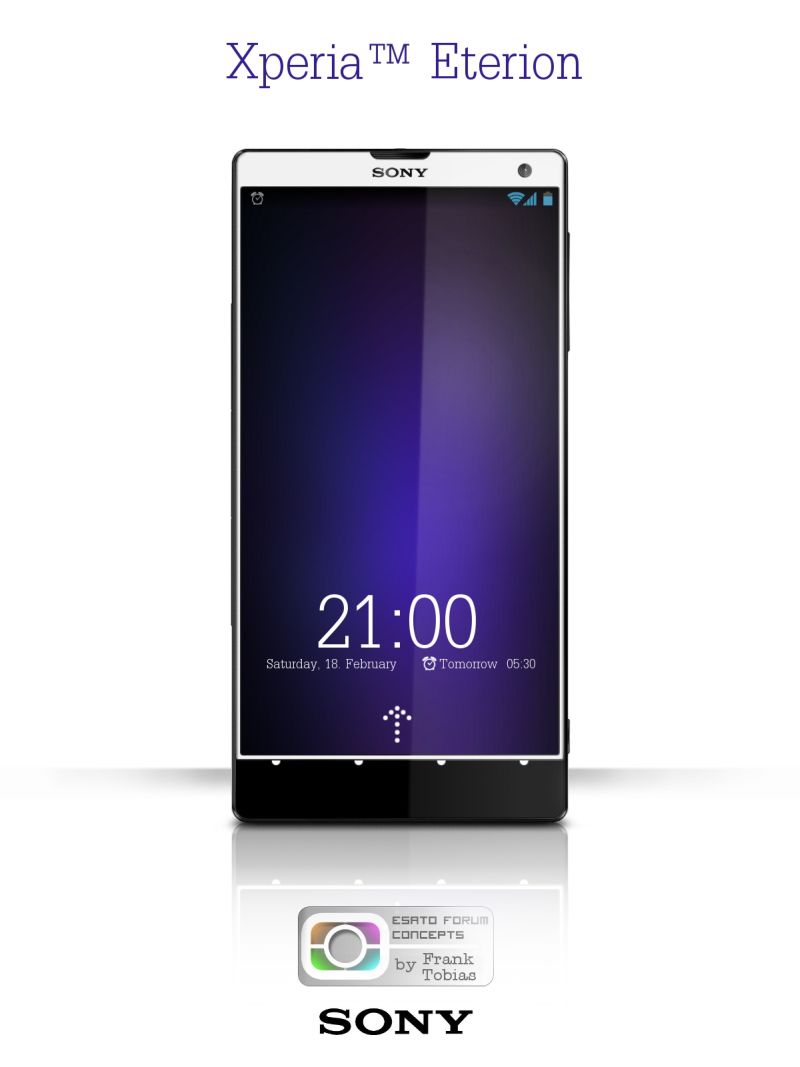 This flagship Sony Xperia comes with a 4.5 inch Full HD display with a 720p resolution and 4 buttons at the bottom. These are capacitive buttons with symbols that appear each time you need them. There’s a 16 megapixel camera at the back and Android 4.0 Ice Cream Sandwich as the OS here, plus 16GB of storage and up to 128GB of extra memory. The CPU of choice here is a quad core unit with 1.4GHz frequency, accompanied by 2 GB RAM. I wonder what kind of customization ICS will suffer…

Maybe the MediaScape and TimeScape have evolved into something greater and more modern this time. Or maybe Sony decided to customize everything, from icons to widgets and phone functions. Anything goes, since this is an Xperia concept after all.