Frank Tobias just published a new Sony Xperia design that’s pretty mysterious, since there are no specs attached to it. However, the designer promised to unveil new Sony Xperia Eterion pictures as soon as he creates more. In the meantime you can have a look at this smartphone with straight lines and an interesting set of 4 shortcut buttons below the display. 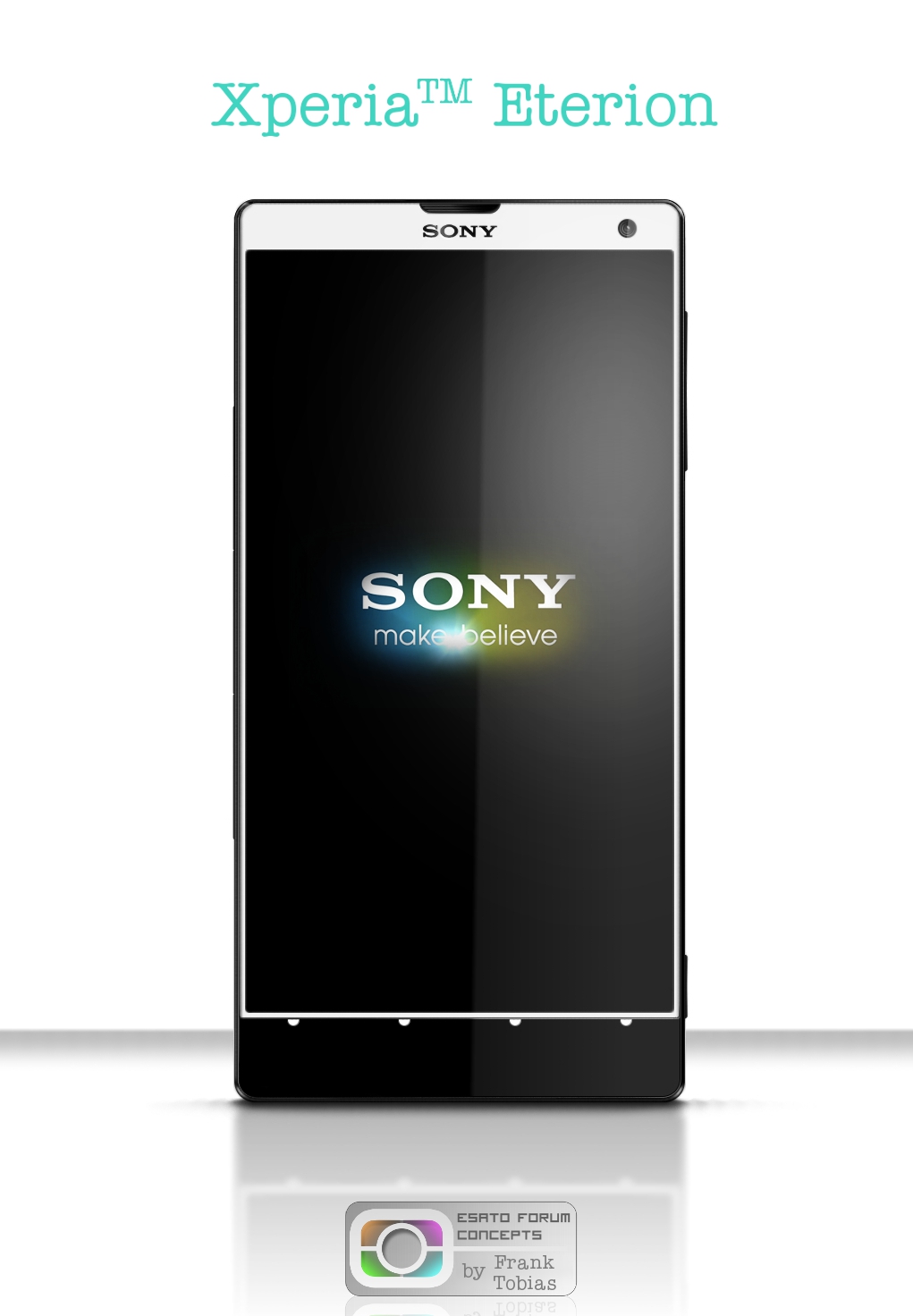 The Xperia Eterion is referred to as a flagship model, with CrystalLED full HD display and most likely a 12 megapixel camera. The screen here is a 4.5 inch unit, I guess and this model may well be a quad core unit, but I’m only speculating, so don’t take my word for granted. It would be cool if those buttons at the bottom were actually tiny capacitive screens with 3D projections of their functions… of course that’s only a dream of mine, but Frank is free to elaborate on that idea if he likes it.

I can see that using NovaThor processors will become a trend on Sony Xperia devices, as shown by recent leaks, so I guess that this handset also has one. Can anyone tell me the difference between NovaThor, a Snapdragon and a TI OMAP processor?

[via Frank Tobias and Esato]