Once again Ben Ling emailed us his fantasy Xperia device, the Sony Xperia R, packing a Super AMOLED display and a 12.1 megapixel camera. This Xperia concept features a 4.6 inch scratch resistant screen and its camera uses a LED flash, plus offers support for 32x digital zoom and 1080p video recording. Nothing out of the ordinary so far, right? 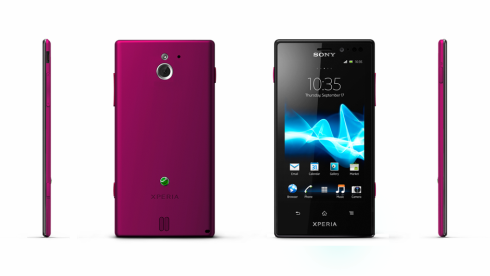 Sony Xperia R features a front 2 megapixel camera with 1080p capture, a quad core 2 GHz Cortex A9 processor and a chassis that measures 7.5mm in thickness. The device weighs 130 grams, features 2GB of RAM and runs Android 4.1 Jelly Bean, the freshly announced OS from Google I/O 2012. Other features include 32GB of storage and Ben Ling also mentions that the screen has a 398 ppi pixel density and that the Sony concept phone is both water and dust proof.

As usual we some of the typical Sony technologies for handsets: Mobile Bravia engine, White Magic technology and possibly even xLOUD. The handset packs a Li-Ion 2100 mAh battery, Bluetooth 4.0 and the screen supports multitouch for up to 10 fingers. Finally, the phone has a microSD card slot and NFC. As far as design goes, to me this model looks a bit like the Xperia Ion. I can see that there’s also a camera button on board, which is always a good thing. 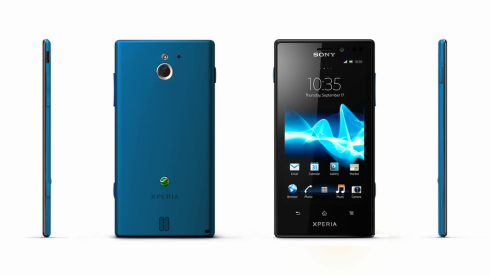