Deviantart user Slatd, the same creator of the Nokia N1 Android phone is now back with another concept. This time is a new generation Nexus phone, one made by Sony and Google. Meet the Xperia Nexus, a curved handset with a very slim design and a look inspired by the Xperia TX, as the designer himself claims. 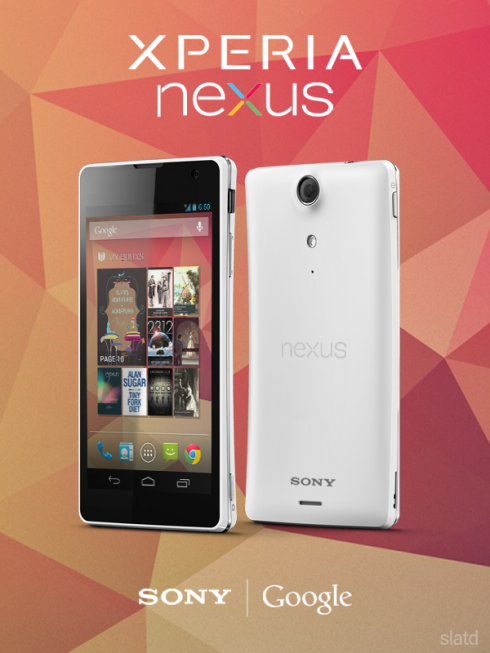 I’m guessing this model runs Android Key Lime Pie, has a great 12 megapixel camera, quad core Snapdragon S4 Pro CPU and 1.5 or 2 GB of RAM. A microSD card slot, NFC and LTE are probably on the specs list, together with what looks like a 4.5 inch 768p screen. Such a display choice is trendy nowadays, just look at Nokia’s latest Lumia phone. Seeing how the body of the Sony Google Nexus phone is curved a bit, I expect a fantastic waistline, maybe something lower than 7 mm, which would be a record breaker for a mainstream device.

The idea of a Google Nexus phone made by someone other than HTC or Samsung has been around from day one, with LG being the preferred candidate for that and Motorola too. Sony was never really included in this category, although in November we could be surprised by 5 new Nexus phones, as the rumors are saying…