You can’t really blame us for ignoring CES 2013, since it didn’t bring us any interesting concepts of phones or tablets, right? Sony may have unveiled their Xperia Z phone, but we have a better one. Shaik Imaduddin created the Sony Xperia X concept, that follows in the footsteps of the just announced Sony smartphone. 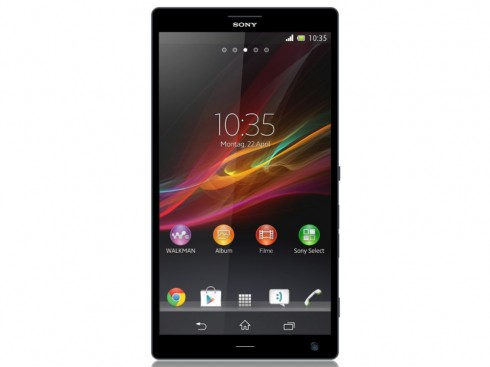 This model pictured here is a 5.3 inch handset with a Nvidia Tegra 4 processor, 2 GB of RAM and 64 GB of storage, plus a 13 megapixel rear camera and a 2 megapixel front camera with 1080p video capture. The device does something that Sony modern phones don’t: it gets wide. The latest Sony designs have been longer rather than wider, but this one is different. Also, notice how the front camera is now at the bottom right, instead of the upper part.

The designer imagined the Xperia X in black and white and we imagine it’s running Android 4.1.2 Jelly Bean or maybe even Android 4.2. There should be LTE on board, NFC and Tegra 4 means kickass gaming and a 72 core GPU. Codenamed Wayne, the Tegra 4 chipset has 6 times the GPU horsepower of the Tegra 3 and it uses a quad core Cortex A15 setup. Fancy that?