Sony Xperia Ultra is a Sort of Xperia Play 2 Design

Junior Riega sent us a concept (and insisted posting on Facebook about it way too much) for a new Xperia Play device called the Sony Xperia Ultra. We’re dealing here with something I like to call “Sony meets Nintendo”, since I sense there’s a bit of Nintendo DS here, but also a bit of PS Vita. 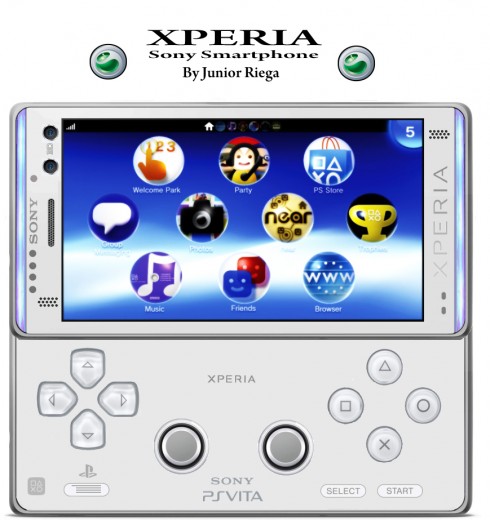 The device packs a Super AMOLED HD display with Gorilla Glass protection, 8 GB of DDR 3 RAM and 128 GB of internal storage. There’s also Qualcomm Snapdragon 5.1 GHz processor inside with 64 cores (ARM Krait 1000 Cortex A57) plus an OS that the designer calls Android 6.0 Key Lime Pie. The display has a diagonal of 5.2 inches and a resolution of 2048 x 1536 pixels, plus it comes with Sony Mobile Bravia 3 technology and Sony White Magic tech as well.

At the back we’ve got a 21 megapixel camera with 24x ultra Zoom, a xenon flash and LED flash. The cam is able to do 4K video capture at 120 FPS and 3D video as well. Junior Riega imagined that the Xperia Ultra concept would have Sony xLOUD technology, Track ID and some PS Vita controls. We’ve got shoulder buttons, what looks like a Walkman button, a camera button, HDMI port, a nano SIM card slot and the classic gaming buttons on a sliding area.

Would such a device catch on?