Everyone is wondering why Sony doesn’t tackle the area of Windows Phone 8 devices, but now they just might… After all we’ve been receiving quite a bunch of Sony Xperia concepts with Windows Phone on board. The latest is the Sony Xperia W8 model, pictured below and designed by Ben Ling. 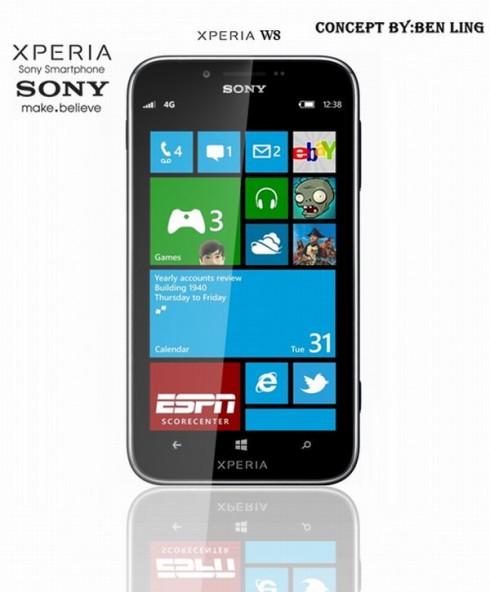 We’re talking about a smartphone with a 5 inch Full HD screen, a 13 megapixel camera with LED flash and Exmor RS sensor. The cam supports 16x digital zoom and upfront we’ve got another camera, a 1.9 megapixel one also with 1080p capture. Other specs include a quad core 2.3 GHz Krait processor, a Qualcomm MSM8260A Snapdragon S4 Pro CPU with Adreno 320 GPU. The handset measures 9.5 mm in thickness, weighs 125 grams, has a huge 3 GB of RAM, although Windows Phone 8 runs just fine on 1 GB.