Jermaine Smit is becoming a regular here on Concept Phones, thanks to the numerous designs he has created over the past weeks. Now he’s back with a Sony Xperia Z2 concept, one that’s very slim and has realistic specs, plus a little extra. 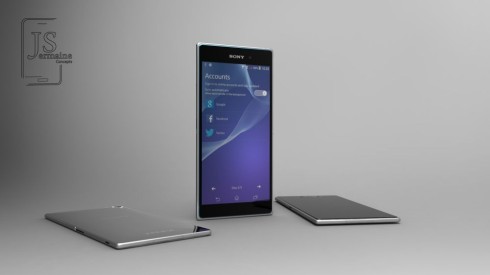 The handset is a 5.2 inch smartphone with a 2.3 GHz Snapdragon 800 CPU inside. There’s also 3 GB of RAM inside, 16 GB of memory, a 23 megapixel back camera and a 2.5 megapixel front shooter. I’m guessing the screen is either a Full HD or 2K one and the “extra” I was talking about is a wraparound screen message indicator. 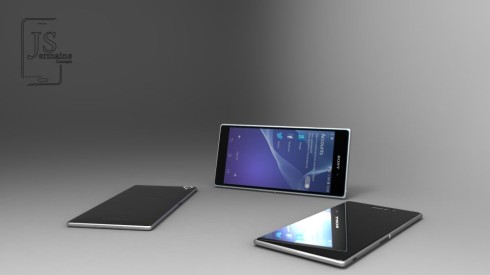 This Xperia Z2 seems to use the brand new interface that has leaked recently and it’s associated to the Sony Sirius handset, a possible codename for the Z2. There’s a G logo on the back, so we’re dealing with a Sony G lens handset and its narrow frame makes me think of a more elongated design, compared to relatively fat Xperia Z1 and Xperia Z, which would be nice for a change.

I can see that its back is glossy. I wonder if that’s glass, or merely glossy polycarbonate…

About Kelvin
Passionate about design, especially smartphones, gadgets and tablets. Blogging on this site since 2008 and discovering prototypes and trends before bigshot companies sometimes
iPhone 6C Rendered by Dani Yako and Packing 4.7 inch Screen   iWatch Render Goes the Way of the Nike FuelBand