Sony XTRUD is the Way Phones Should Be in 2013

Sony XTRUD is to me what Apple could have come up if they kept their wild spirit of the early 2000s… Designer Rybarczyk Francois did a fantastic job with this smartphone and he deserves a standing ovation for it. The Sony XTRUD concept features a sustainable and economic vision of the modern world. The handset incorporates one part that includes all the components and a simple aluminum profile. 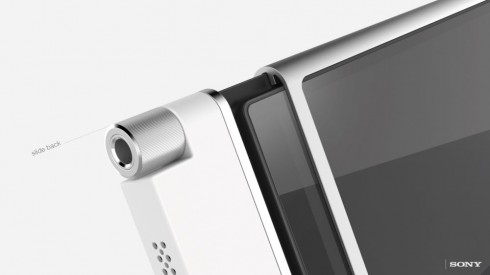 The idea is to easily replace all components via a modular concept. You can change the camera module with the newest Sony cam, but let’s be honest here: phone makers are afraid of such devices, because they wouldn’t sell their new models, that’s why we’ll never see such a phone. The Sony XTRUD feels a bit like a combo between a Nokia Lumia and an iPod, with a twist of the designer’s unique approach.

A nifty idea is the volume control by rotating the wheel at the lower area of the device. The result here is a beautiful and original Sony Android concept, that actually looks hot and will last for many years thanks to the modular approach.