Brianmfb finally turned into reality what folks have been speculating that Sony would do for a long time: a Windows Phone unit. Meet the Xperia Pop concept, pictured below in very bright colours and packing features that would match the preferences of a youngster. The handset is made of two parts: the device itself and the colored part the designer calls shell. 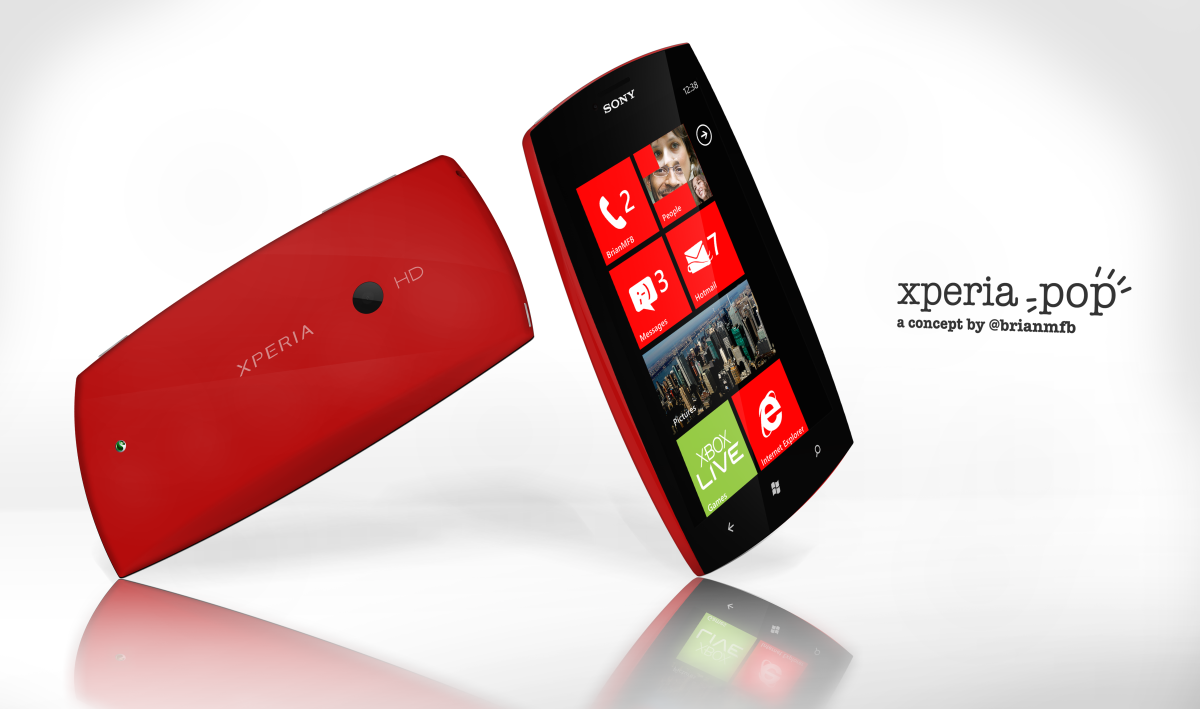 The shell is made out of plastic and can be removed to gain access to the battery and SIM card. These colored cases can be bought in various color versions, for about $29 and this idea was also found on another Windows Phone, the Nokia Lumia 710. The idea of “jackets” for a phone, with different colors gained popularity about 2-3 years ago when Samsung launched the Corby phone. Nokia also has some Symbian models with this idea behind them, like the new Nokia 500 handset.

I have no idea what the specs of the Xperia Pop are, but I guess that they include the usual single core 1.4 GHz Qualcomm CPU, 512 MB RAM, 8/16GB of storage, an 8 megapixel camera, a 4.3 inch display, front camera and maybe even LTE. This handset would sell for around $300, if it were real…