Xperia PS Vita Gaming Phone is a Little Bit of Both

Juliano Brustolin from Brazil created an interesting concept gaming phone called Xperia PS Vita. As the name says, the device combines the features of a modern Xperia Phone with the ones of the PS Vita console. The result is a handset that resembles the Xperia Play, but offers a bit more. 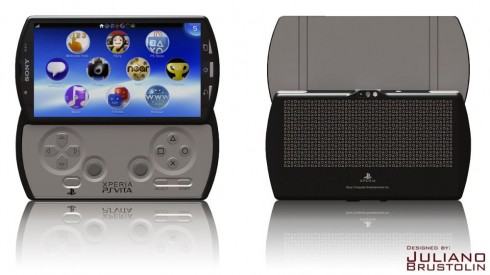 First of all, the design of this PSP Phone is very similar to the one of the Xperia Play, although the interface is all PS Vita. We also get 3 Android buttons on the facade of the device and a touchpad at the back, the one from the Vita. In the sliding gaming area there are two analog sticks, action buttons, D pad, Select, Start and a PS button. For some reason, the model’s design reminds me of the Xperia Neo and the shoulder buttons are very discretely integrated, I’ll give you that.

Xperia PS Vita also has a front camera and if I were to come up with specs, I’d say that a quad core Snapdragon S4 Pro CPU is more than enough, as well as 2 GB of RAM, 32 GB of storage, a microSD card slot and a 3000 mAh battery. This would be a killer device and with the PlayStation legacy behind it, it would even burry the PS Vita. So, do you fancy an Xperia Play 2 like this?