In case you didn’t know, J. Havrlant is already a household name here at Concept Phones… After the teaser he showed us for the Xperia Tanso smartpone, now the designer realized the full version of the Tanso concept. 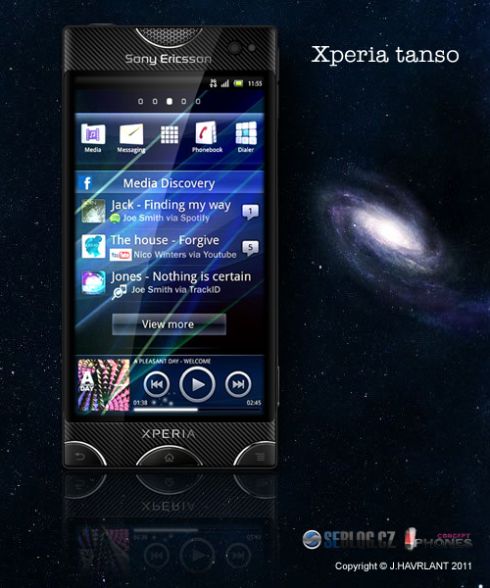 The new Sony Ericsson Xperia model comes with a big touch display, very slim edges, making me think of an edge to edge display and most likely a powerful camera at the back. Android is most likely the OS of choice, with the usual customizations by TimeScape and MediaScape and a Media Discovery feat.

Notice the cool circular buttons at the bottom area and the highlighted speaker at the top. This would make a very big Nokia X7 rival, or even a better model.

Update: And another picture below, the original has been lightened up by Bart Schuck. Thanks a lot! 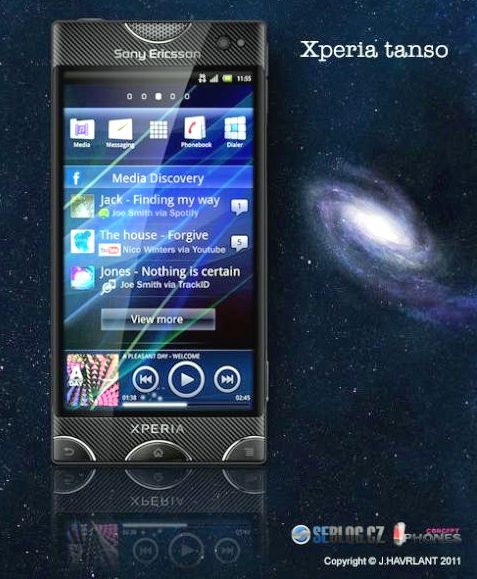