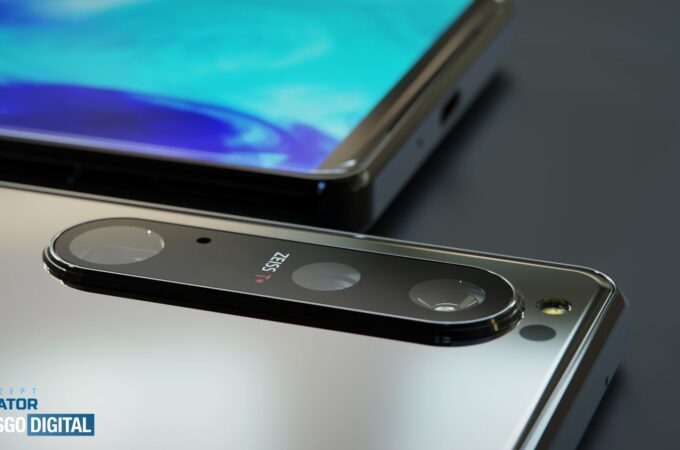 Sony Xperia 1 Mark 3 (or Mark III if you really want to be accurate with the name) is going to be Sony’s first flagship of 2021. It has only leaked in specs and random info so far, but today we get to see a beautiful 3D video render of the newcomer, courtesy of Letsgodigital and Concept Creator. Check it out below.

Sony Xperia 1 III will obviously pack a 4K display, just like its predecessors and hopefully it will finally upgrade its cameras, after two models which weren’t exactly stellar in this regard. The panel will be an OLED one and it remains to be seen if it increases in diagonal from the 6.5 inch one last year. It may be bumped to 6.7 or the trendy 6.8 inch diagonal. Of course side bezels will be small, but Sony may once again offer a “chin” and “forehead”, the latter with a selfie camera integrated (sans notch or punch hole).

Sony Xperia 1 III will use a 4K HDR OLED 21:9 screen, with a narrow format and it’ll most likely be a 5G phone build out of metal and glass. Now the Concept Creator and Letsgodigital render shows us a rather typical Sony device, with a narrow format and glossy body. This time we also seem to get a periscope camera at the back, finally. The large number of buttons on the side remains unchanged, but they seem to be textured differently and once again a bit too flat for my taste. Sony needs to make its keys protrude more if you ask me, since they’re not very comfy.

The render done by Concept Creator/ Jermaine Smit is quite pretty looking, that much I can say. The device also keeps its 3.5 mm audio jack and it’ll also bring dual front facing stereo speakers with 360 Reality Audio technology. Expect a Snapdragon 888 CPU inside, maybe a transition to 12 GB of RAM finally and probably the same 12 MP cameras at the back, but with new sensors. The upgrade to a new selfie camera, that’s bigger than 8 MP is also long overdue.

My main beef with Sony phones has always been the fact that they’re Pro-grade camera material. The photos taken on Auto look bad, but the Pro ones are actually nice, so if you know what you’re doing, to have a really great camera. However, the camera UI, especially the Pro apps for Video and Photo are badly designed and have a very small viewfinder. Hopefully that also gets addressed.