BlackBerry PlayBook 3.0 Concept Tablet is a Clamshell with Keyboard

We’ve just uncovered a relatively new BlackBerry PlayBook concept tablet, actually called PlayBook 3.0 and created by Crackberry user ummie4. We’re dealing here with a very original slate, a clamshell one, that also involves a keyboard, as shown in the image below. 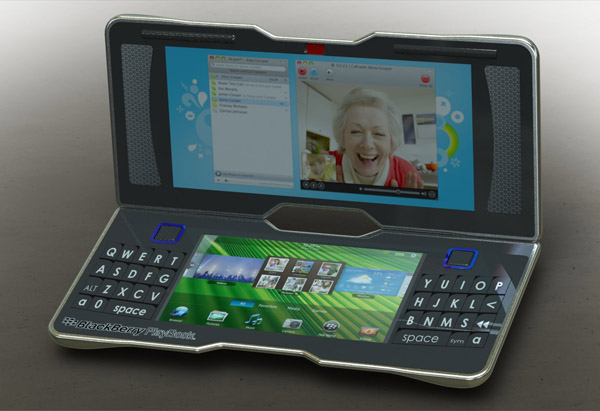 PlayBook 3.0 has dual screens and borrows the same keyboard styling as the one of the Bold 9900, according to the designer. You can hold the BlackBerry concept tablet with both hands and thumb type easily on it without pulling too much of a stretch. Dual trackpads are placed above the keyboard and the designer seems to think that trackpads are still useful, even on a device with two touchscreens. It’s all for the sake of gaming controls apparently. The PlayBook 3.0 will also feature a brushed stainless steel bezel, once again reminding me of the BlackBerry Bold 9900.

The focus of the product is REAL multitasking, available through those two screens. When closed, the device looks pretty much like a very fancy makeup kit, which may not be bad, since it adds a bit of fashion to the product. No idea what the diagonal of the product is, but something between 5 and 7 inch would fit it perfectly, don’t you think? 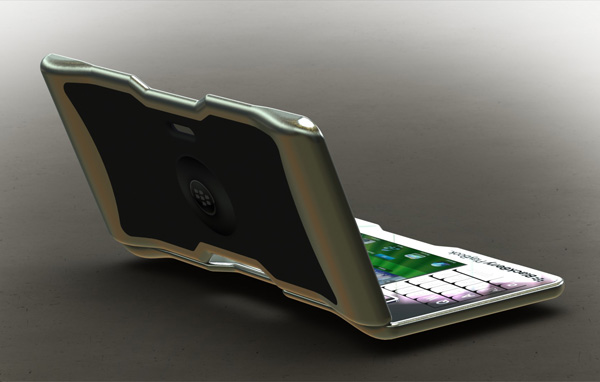 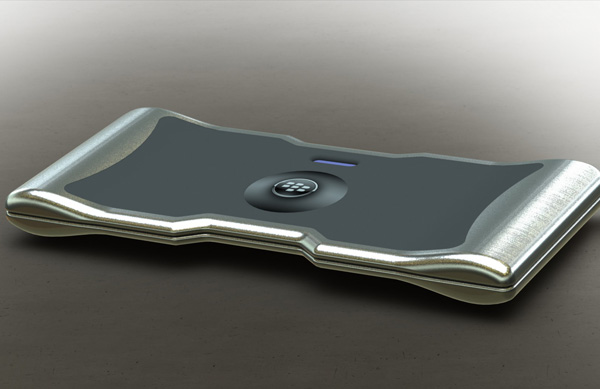